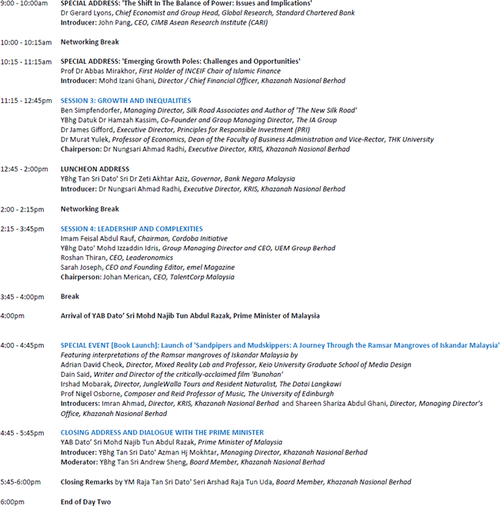 This symposium invited renowned media artist and scholars to discuss the near future of emerging cities, and question values and conditions of media technology in new cities.

The audience was excited by his speech with interesting video clips. 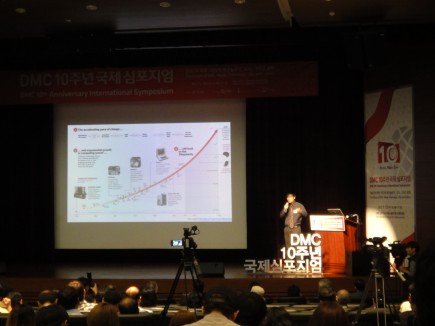 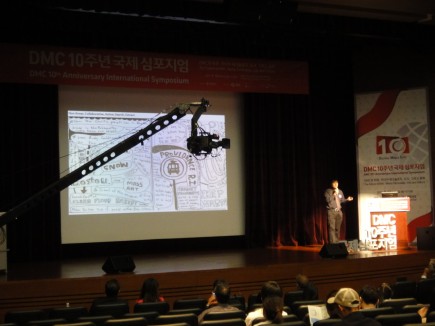 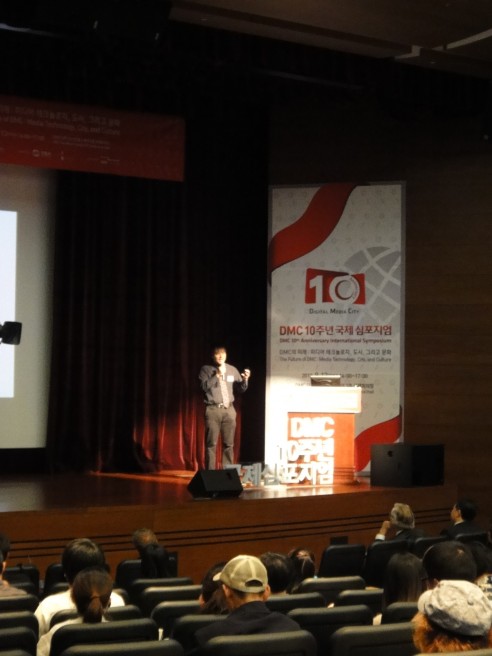 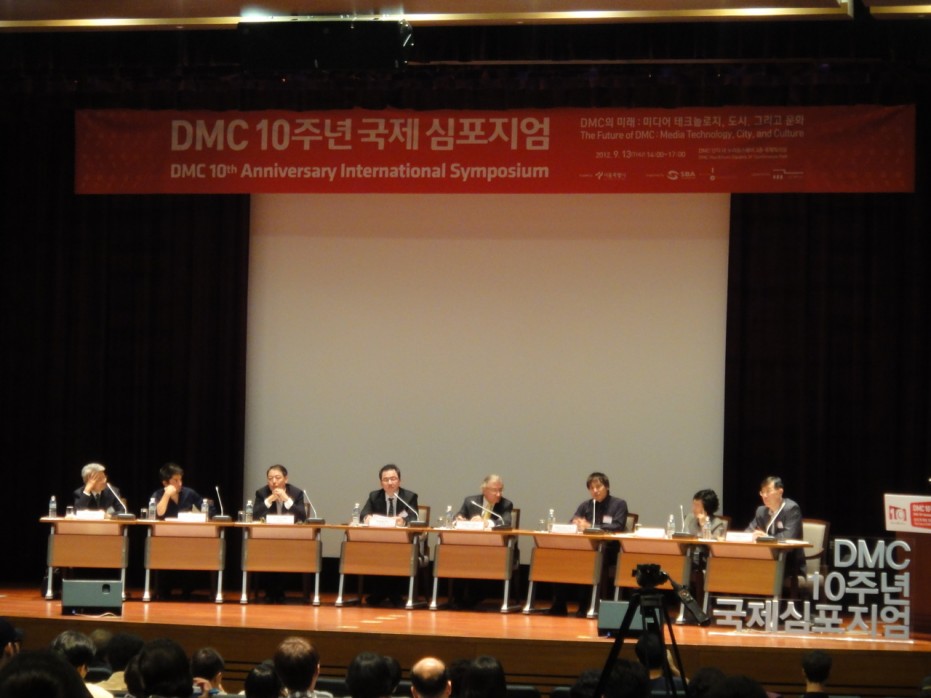 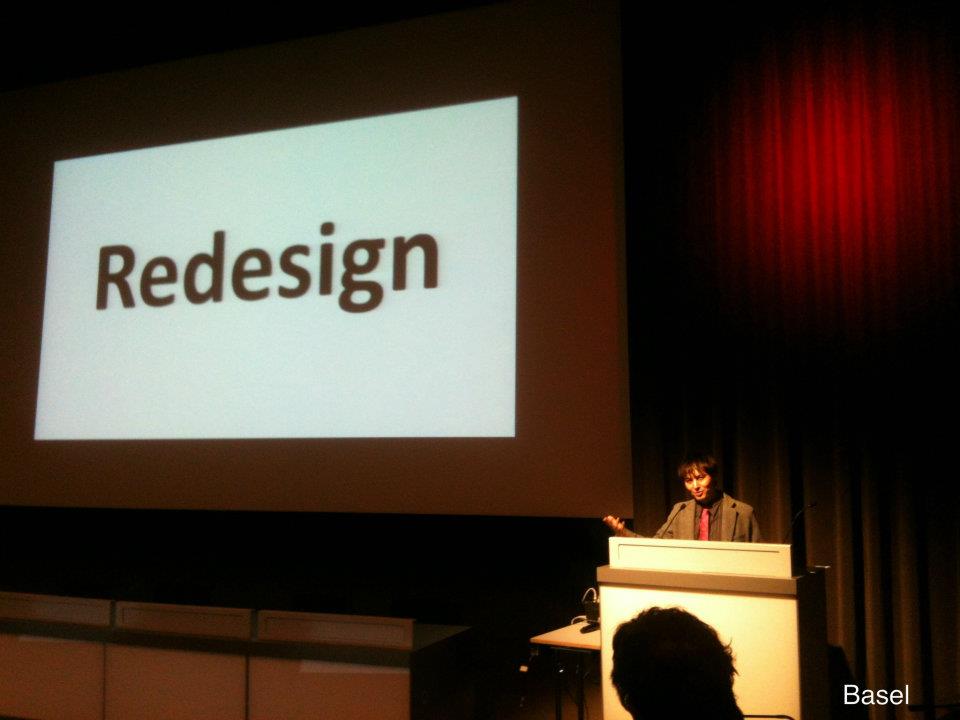 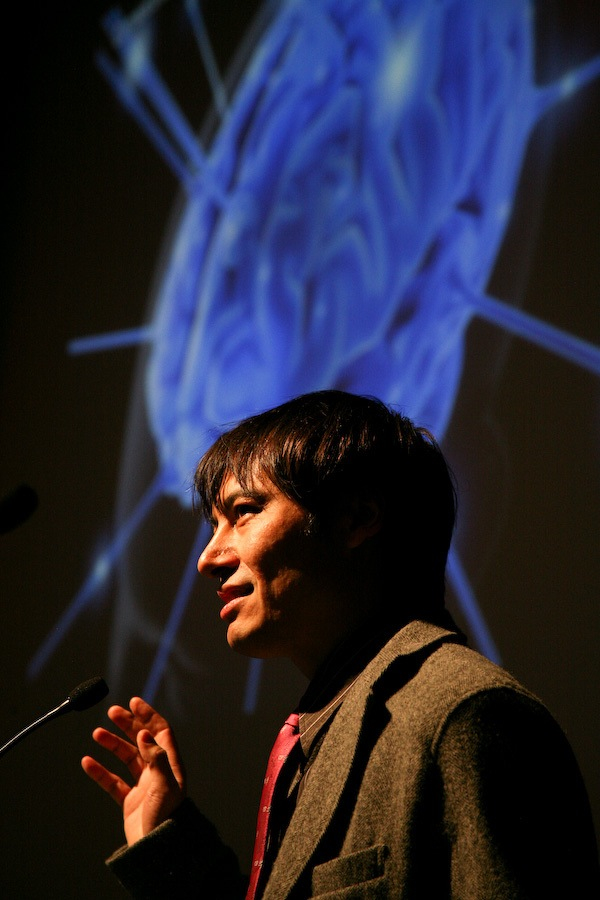 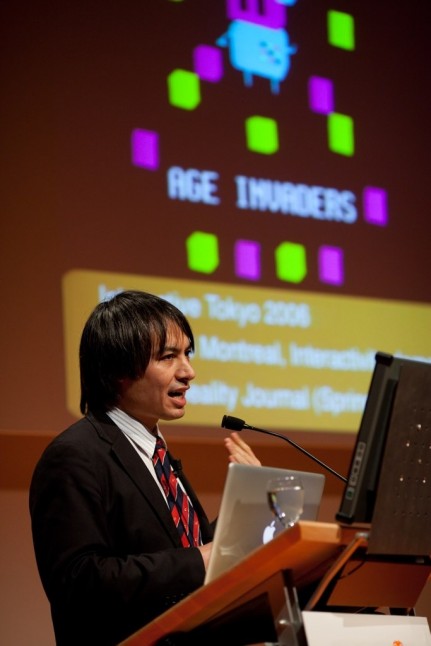 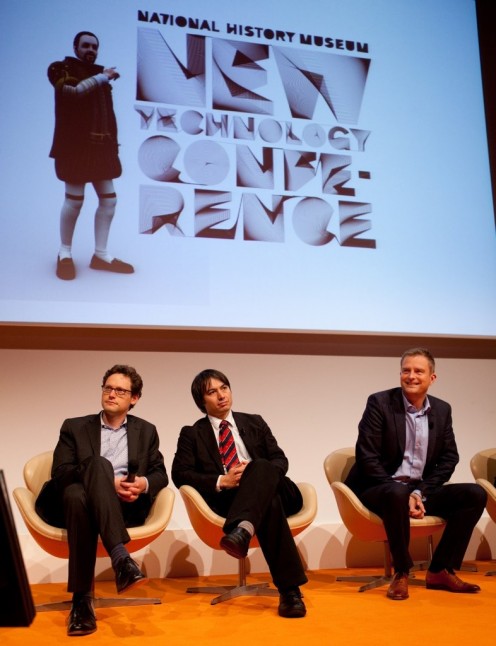 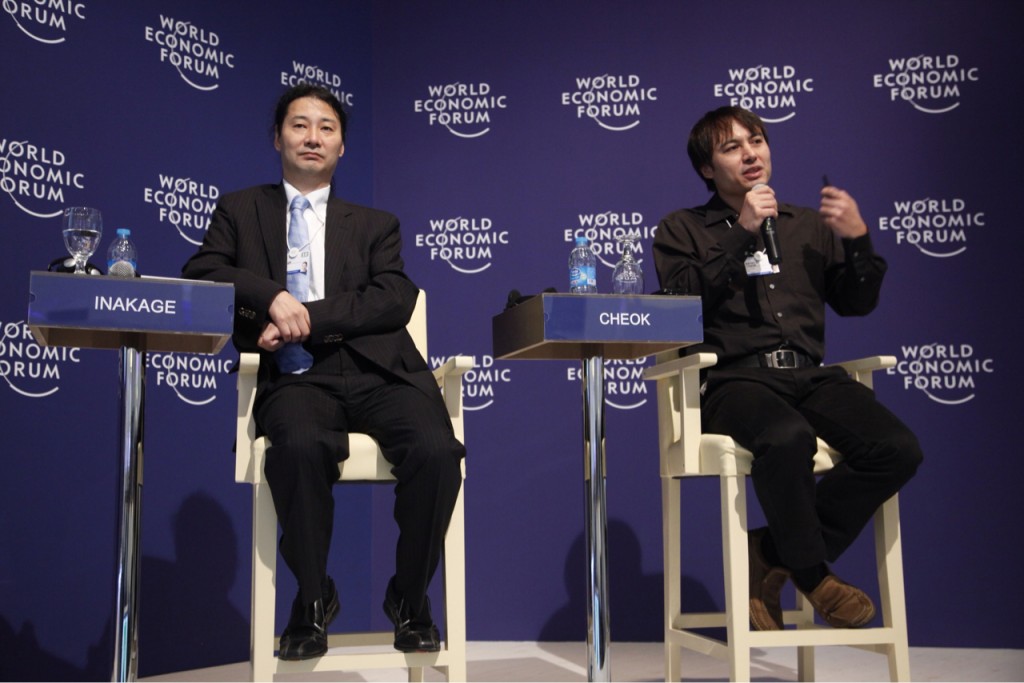 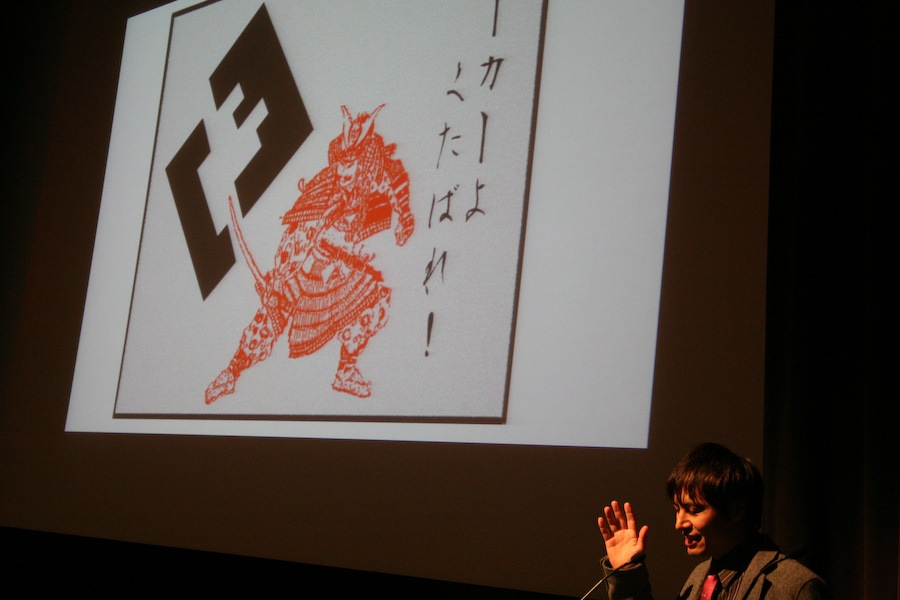 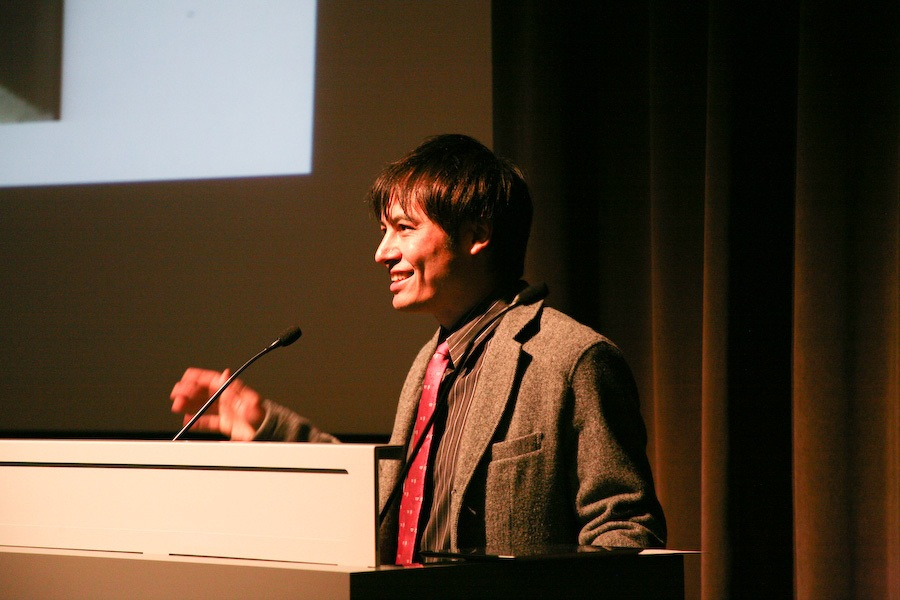 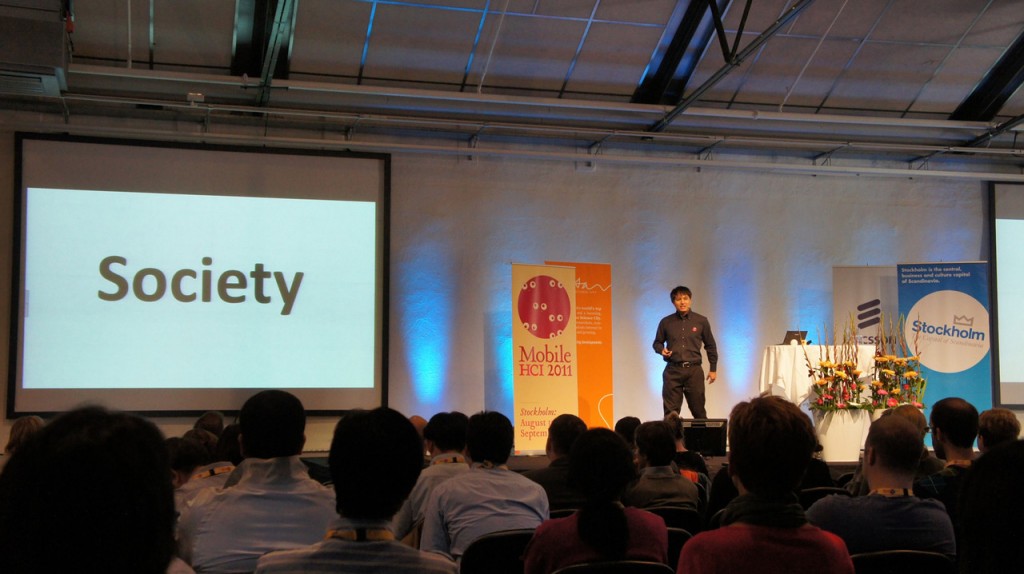 The Future of DMC: Media Technology, City, and Culture A global Media and Entertainment cluster, DMC (Digital Media City) hosts the 10th anniversary international symposium. Today, the world is readjusting to technological advancements of networks which are significantly changing various modes of production, categorization, circulation and preservation of information and data. Political and economical events of War, disasters, financial capitals and distributional movements are constantly processing and transforming data. Democracy is turning public opinions into statistics through SNS (Social Networking Service). Rather than to encourage possession and consumption, both direct and indirect capitals are fundamentally changing their principles by adapting to new movements that widens accessibility and distribution. Media technology is rapidly reorganizing the entire world into a new paradigm of convergences, movements, smart communications, and real-time global interactions. Also corporations require creative innovations and actions in every field to realize their values such as developing new markets and products, promoting public images, improving the culture and welfare of employees, and returning profits to society. Supranational corporations such as Google, Apple, Intel, Microsoft are paying attention to the new kinds of cultural participation by creating new media technology in order to create better media and entertainment contents. Digital Media City (DMC) is a ‘pilot city’ that was built to deal with changes in the industry and culture based on information technology and media. DMC not only predicts but also proposes new directions by demanding and developing professional research, technical, humanistic and industrial knowledge. By hosting this symposium, DMC will discuss future aims of Media City Seoul and its current priorities and alternatives. This event invites numerous renowned media artist and scholars to discuss the near future of emerging cities, and question values and conditions of media technology in new cities. Panelists include Jerome C. Glenn (a prominent futurist thinker and writer), Adrian David Cheok (professor at National University of Singapore and Director of the Mixed Reality Lab), Usman Haque (architect and media artist and theorist) and Donyun KIM (professor at Sungkyunkwan University) who conducted research into the development of Creative Cities since the launch of DMC. Through this opportunity, we hope to generate extensive and detailed discussions and plans based on these issues mentioned above.

The Seoul International Media Art Biennale (or Mediacity Seoul) has continued to produce highly acclaimed exhibitions on contemporary art, media and technology since its launch in 2000. Now approaching the 7th edition, the Seoul Metropolitan Government and Seoul Museum of Art will host the upcoming biennale “Spell on You” which is to take place between the 11th September 2012 and 4th November 2012.

The Biennale theme “Spell on You” is that;

proposes to explore the overpowering influence of a spell, encapsulated in the song ‘I Put a Spell on You’ by Screamin’ Jay Hawkins, an American blues singer and songwriter. This exhibition will question the wider technological means of utilizing the media in the 21st century, and expose the current social and political contexts in which the recent phenomena of Social Networking Services such as Facebook, Twitter, and YouTube have globally surfaced the Internet.

This talk outlines new facilities within human media spaces supporting embodied interaction between humans, animals, and computation both socially and physically, with the aim of novel interactive communication and entertainment. We aim to develop new types of human communications and entertainment environments using all the senses, including touch, taste, and smell, which can increase support for multi-person multi-modal interaction and remote presence. In this talk, we present an alternative ubiquitous computing environment based on an integrated design of real and virtual worlds. We discuss some different research prototype systems for interactive communication, culture, and play.

CollabTech would also like to encourage you to use this opportunity to present challenging studies, which may be at a very early stage of their system development, or their exploration of new evaluation methods, but may trigger exciting technology. 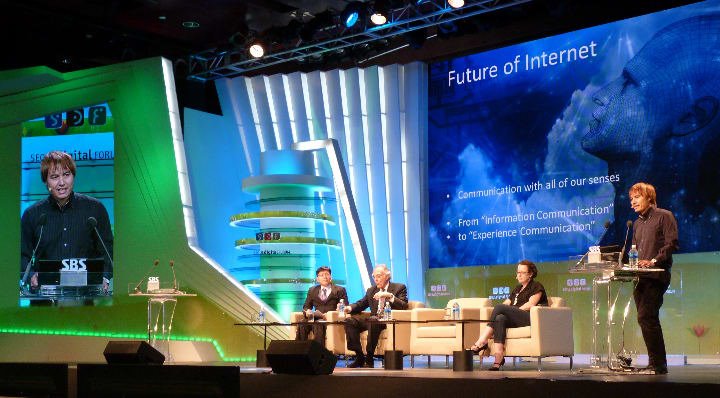 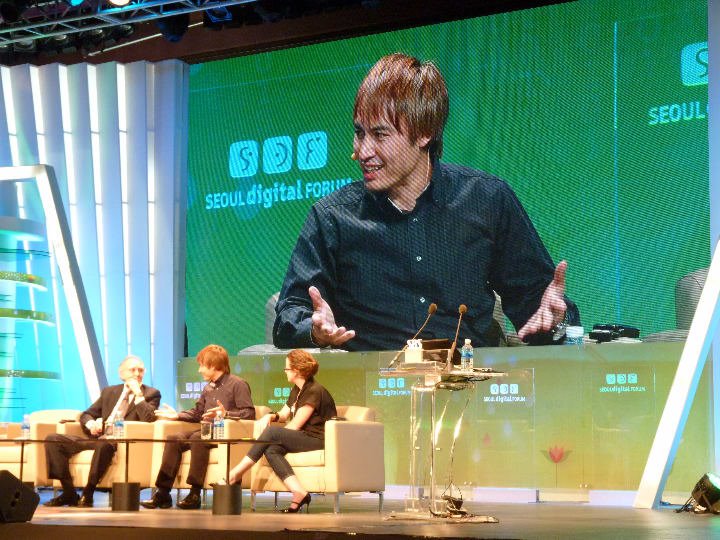