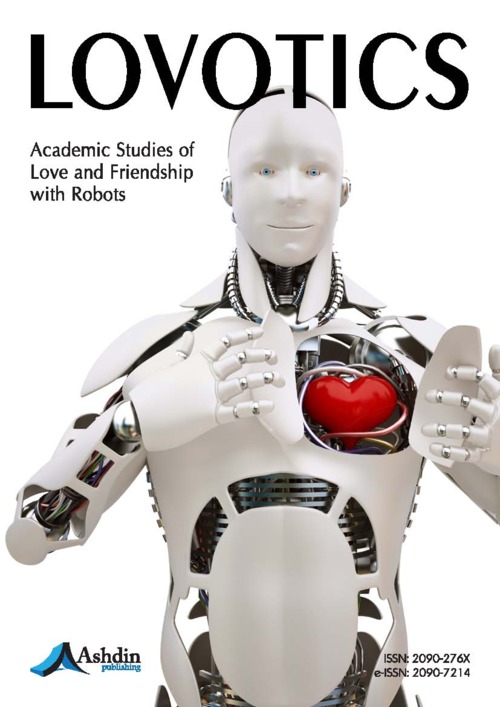 The journal Lovotics, Academic Studies of Love and Friendship with Robots, publishes original, rigorously peer reviewed research papers on innovative ideas and concepts, new discoveries and improvements, as well as novel applications, by leading researchers and developers regarding the latest fundamental advances in the core technologies that form the backbone of Lovotics, distinguished developmental projects in the area, as well as seminal works in aesthetic design, ethics and philosophy and studies on social impact and influence pertaining to Lovotics.

This journal aims to provide an overview of the current state of the Lovotics research community, how the field and related technologies are set to evolve in the future, and their impact on culture and society at large.

Topics of interest for the scientific papers and letters include but are not limited to:

Manuscripts should be submitted by one of the authors of the manuscript either through the online Manuscript Tracking System or by email to lt@ashdin.com. Only electronic PDF (.pdf) or Word (.doc, .docx, .rtf) files can be submitted. There is no page limit. Only electronic submissions are accepted to facilitate rapid publication and minimize administrative costs. Submissions by anyone other than one of the authors will not be accepted. The submitting author takes responsibility for the paper during submission and peer review.