This year I have been Chair of the Mobile HCI Steering meeting, and at the MHCI conference in San Francisco on Saturday 22nd September 2012 we had the annual committee meeting.

Most of the meeting was fairly standard and smooth. Reports from the 2012 conference, update from the 2013 conference committee, etc.

We had to then vote for the location of the conference in 2014. There were four candidates. In the initial vote we had a dead tie for the first place. We then had more in depth discussions about the locations, the pros and cons of each in detail. We then had another vote, by secret ballot. This time again there was a tie. We had again more and more in depth discussions. We then went for another vote but we didn’t reach a conclusion. Basically, it was very difficult for all to agree on one, since we had such good candidates. It was the first time I chaired the MHCI meeting, so it was really interesting for me to try to guide these proceedings. I really appreciated the in depth and considered debates. It was really interesting yet exhausting. Finally after 3 and a half hours we decided to take a rest and decide at a follow up meeting. To me it seemed that often when trying to optimize a solution, especially in a human group, it is difficult to have a balance between analysis and decision. We need to have some kind of balance between explicit knowledge and tacit knowledge.

UPDATE: Please note the committee had a difficult time to decide because all the bids were so good. It was so difficult to find a clear winner with four excellent bids. Please keep watch for the official decision after the next meetings. 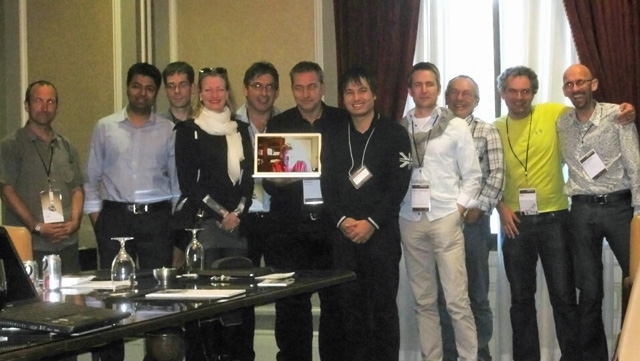