Professor Adrian David Cheok envisions a world of ‘mixed reality”, where computing is experienced with all our five senses. “We are moving from the age of information towards the age of experience and multi-sensory Internet,” he says. 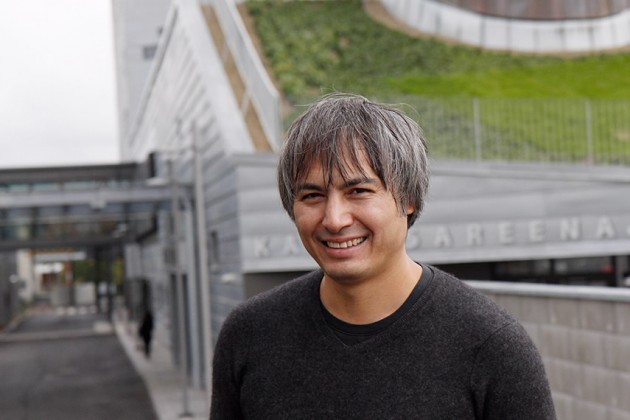 Professor Cheok develops ways to incorporate touch, sight, sound, smell and taste into computing. In his world of “mixed reality”, people can give each other remote hugs and transmit smells and tastes over the Internet.

“The future Internet integrates all our five senses and leads to new forms of communication. Instead of looking behind a screen, we’ll be able to jump in to smell and taste the world,” he says.

In addition to a hugging ring and pyjama, Cheok has developed a long-distance kissing robot called Kissinger, which looks like a rabbit. The sensors in Kissinger’s lips detect the pressure of a kiss and transmit the kiss to the other user in real time.

Cheok is also working on systems that enable people to smell and taste virtual food. 3D printers can create edible messages, and co-cooking devices allow people to cook together over a distance.

“Certain smells and tastes can subconsciously trigger a memory and affect our mood, so it’s important for computer scientists to also consider the emotional part of communications.”

Cheok gave an inspirational talk titled “Everysense Everywhere Internet Connection” at Tampere University of Technology (TUT) on Friday, 25 September. The talk was organised by TUT’s UBINET doctoral training network. He was also one of the keynote speakers at the 2015 Academic MindTrek Conference held in Tampere, Finland, on 22-24 September.