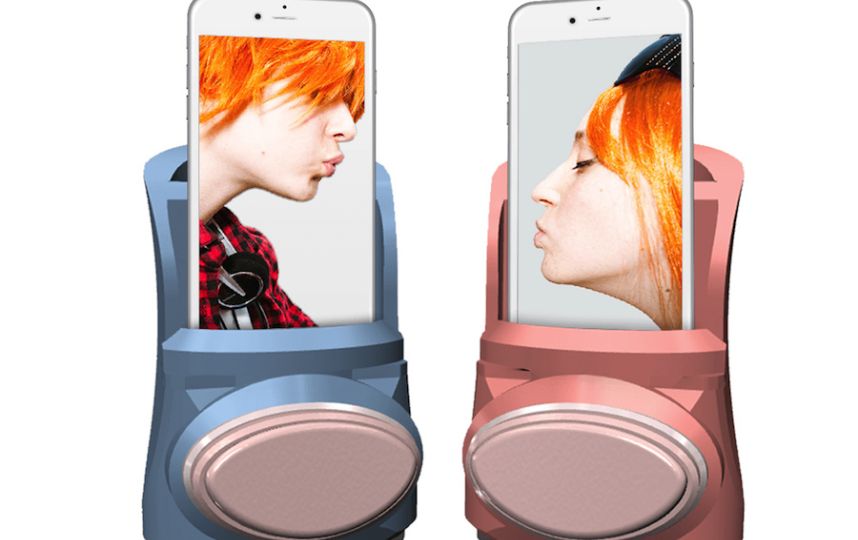 Social media and apps can let us feel close to our partners, even if they are living in another city or country. But what’s missing is physical contact. That is why researchers at the City University London have created Kissenger, a gadget designed in the form of a smartphone case that features an oval rubber “lip” at the bottom. Special sensors on it are able to register users’ movements and kisses’ pressure. The device then transmits pecks directly to a recipient. Metro spoke with Emma Yann Zhang, co-creator of Kissenger, to learn more about the device.

Why did you create this device?

Actually, my professor Adrian David Cheok is the inventor of Kissenger. He came up with the original idea of a machine that allows people to share a kiss with each other over the internet. The Kissenger device was built for people to better express intimacy and emotions remotely through long-distance kissing. It aims to fill in the missing dimension of touch in traditional digital communication, which largely focuses on verbal and audio information. We believe that physical touch is the most important channel to communicate one’s emotions and to maintain close relationships with your loved ones on the other side of the world.

Do you believe in long distance relationships?

How does Kissenger work?

The device simulates human kissing. It has a lip-like interface made of a soft rubber material, that interacts with the user’s lips and measures their pressure with force sensors. Underneath the lip interface there is an array of actuators that generate real-time force feedback on various points of the partner’s lips to replicate the pressure sensations of kissing. This interaction is bi-directional, so you can feel your partner’s lip pressure at the same time.

Many people who tried it felt that although it is not as realistic as a real kiss (because of the lack of temperature, moisture, etc.), the idea of having  your loved ones on the other side of the world receiving these pecks has a great emotional value.