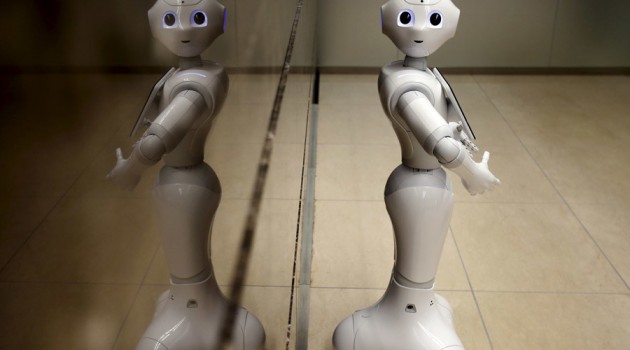 A Japanese-based company Softbank, which has created Pepper the robot, has forced customers to sign a document forbidding its owners from using the humanoid for sexual purposes, as well as creating sexy apps.
Even after having paid nearly $2,000 US dollars for the robot, users may have to return Pepper to its makers should they get too personal with the emotional artificial being.

Incidentally the child-sized robot has already fallen victim to a hacker prank receiving a pair of virtual breasts on its touch screen. The female developer who reprogrammed the robot to shake its hips and moan when its “breasts” are touched and called it Peppai – a mix of the brand name and Japanese word for breasts “oopai” – said she has done it “for the purpose of testing sexual harassment”.

Pepper has been created by Aldebaran Robotics and Softbank Mobile, one of the largest mobile phone operators in Japan. It is already greeting and interacting with customers in stores.

Pepper is now available for use at home, though people have found that communication is really her only asset, as her domestic skills, such as cleaning or cooking are severely lacking.

“Pepper is a social robot able to converse with you, recognize and react to your emotions, move and live autonomously,” the developer’s website states.

Experts warn that with creations that are more advanced than Pepper, humanity will enter an entirely new territory regarding ethics and legal issues.

“For example, does sex with a robot, when you are married, mean you are cheating?’, he stated.

Cheok believes it is pointless to try and stop humans from falling in love with robots and claims that 60 per cent of people could in fact love an artificial being.

He told the Daily Mail that “We can fall in love with robots and we will think it is alive because we have that empathy that is often extended to non-human things like animals and even teddy bears.”

While SoftBank has banned its customers from any kind of sexual interaction with Pepper, it is believed a whole new generation of robots that will be designed specifically for sexual purposes.

“Sex robots seem to be a growing focus in the robotics industry and the models that they draw on, how they will look, what roles they would play, are very disturbing indeed,” robot ethicist Dr. Kathleen Richardson told the BBC.

Currently Pepper is available for purchase for Japanese residents only and they must be older than 20.