FORGET sex robots, within 30 years humans will be falling in love and even marrying artificially intelligent cyborgs because they will be “more attractive than humans” a top academic has claimed.

“The first marriage will be before, not after 2050,” best-selling author and robot expert Dr David Levy said during the Love and Sex with Robots conference in Goldsmith’s University, London this week. 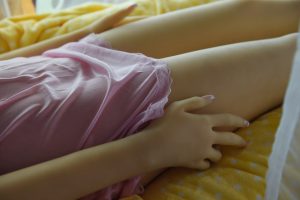 He said: “Sex and love with robots at a human level may appear to be a long way off, but the future has a way of laughing at you.”

Dr Levy believes that thanks to artificial intelligence, in which a machine can learn exactly types of sexual desires humans enjoy, means sex will become “more sophisticated” and “more enjoyable” with a robot.

Plus, they will be “enormously attractive,” too.

Saucy cyborgs are already in the works to allow kinky couples to enjoy threesomes without getting jealous.

But Dr Levy’s comments call into question whether your other half could leave you  for a robot.

The sexbots are already being used to enact fantasies people are too afraid of sharing with their partner.

And as artificial intelligence advances gear up, it’s feared a robot personality could be enough to lock another in holy matrimony.

Couples who have a “freebie” list – a group of celebs you are allowed to sleep with should the chance arise – could be in deep trouble, too.

Sex dolls modelled on your favourite celebs are set to take over the market.

If the likes of Angelina Jolie or Scarlett Johannson license their likeness, their android versions could be waltzing up the aisles within 30 years’ time.