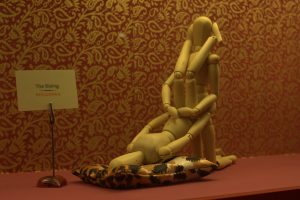 Awesome. I hope so. I hope more people dump their seed all over movie theater chairs or in robots. The planet is overpopulated enough.

The Daily Mail reports that Christina Portales of the University of Valencia told experts at a recent Love and Sex with Robots conference (yeah, that’s totally real) in London:

All senses have been integrated. People will see, people will smell, people will touch. They will feel the movement. It is not an individual activity. It is a group.