I go to enough market research conferences to have seen pretty much every technology for running questionnaires. I’ve seen virtual reality and Google Glasses and all things cool. But the MRSlive conference in London was my very first introduction to the weird and wonderful world of virtual taste, smell, hugs, and kisses. Yes, you read that right.

I stopped by a booth managed by Emma Yann Zhang, a PhD student at the Department of Computer Science at the City University London. She had some pretty awesome stuff to showcase. 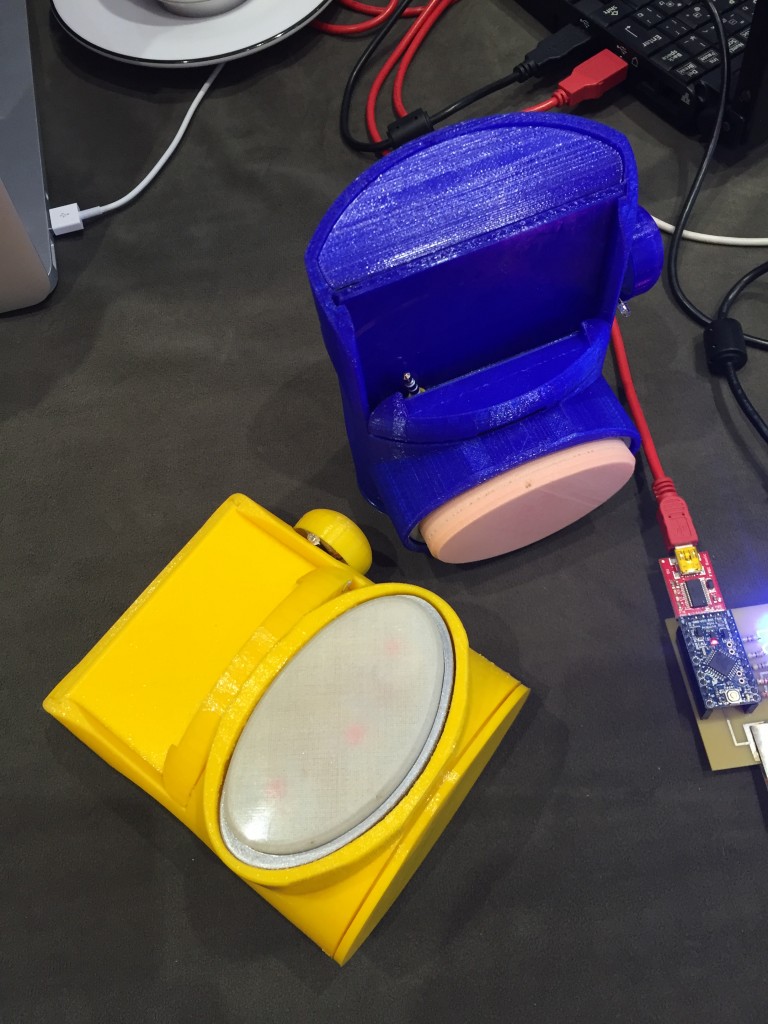 Anyone who is a fan of The Big Bang television show will know about the kissing machine that Raj and Howard so weirdly tried out on each other.

But this device is indeed available. Simply press your lips to the white section of the device and your lip motions will be transferred to the person on the other end. The most obvious use for this technology is, of course, as a kissing machine for long distance relationships. Kissing Gramma and Grampa good night will bring warm fuzzies to anyone but what about more commercial opportunities? Imagine being able to shop online and feel the fabric of the shirt or the smoothness of the flooring you’re thinking of buying. 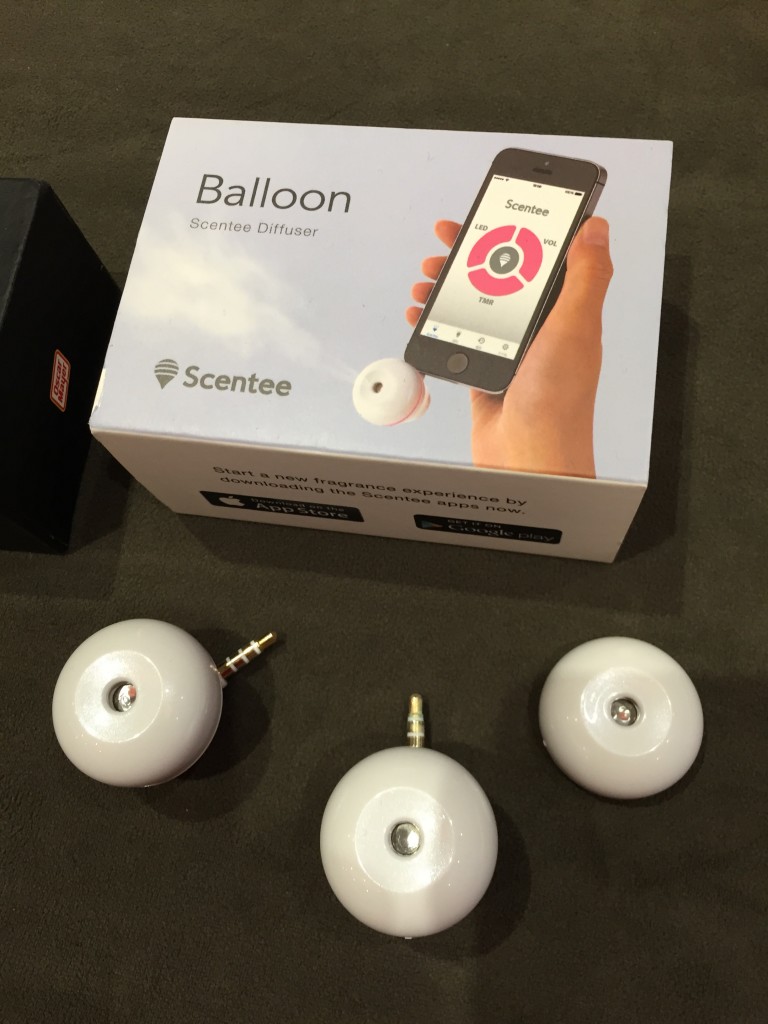 Need more weird? How about a device that lets you digitally transmit smells? This device is currently available for sale on Amazon, and it lets you choose a predetermined scent from your smartphone and have that scent be released from someone else’s smartphone. Chemicals are contained within the white ‘balloon’ and the cartridge would have to be periodically replaced.

Aside from hilariously sending your friends every bad and gross smell you can think of, companies could test new perfumes and colognes, scents of cleaning products, scents of food and beverages, and more to determine which scents are most consumer friendly. And they could test these scents with anyone anywhere in the world without bringing them together in a central location. 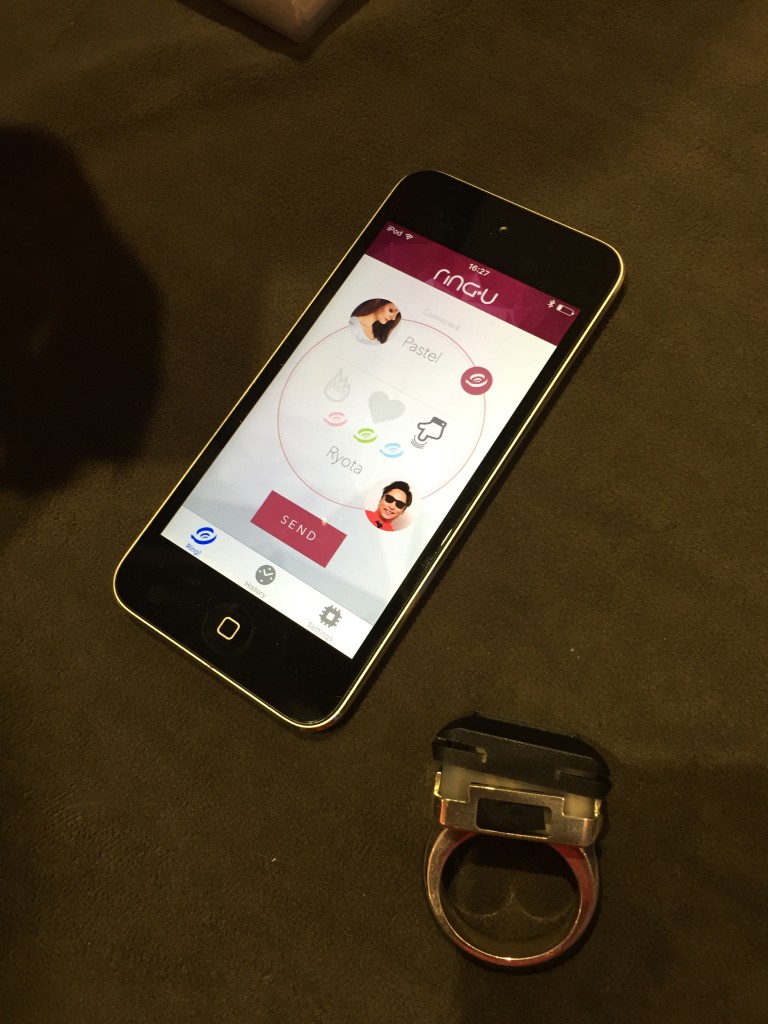 Are you feeling blue? Maybe you could a little hug send from this hugging ring. This device is still a prototype but it currently works with haptic technology to give your finger a little buzz anytime your significant other sends one from their smartphone, similar to how your fitness devices buzzes on your write. Right now, it’s a ring but imagine a future where it’s a bracelet or a necklace or a belt.

And once again you can imagine all that could come from it. Perfectly, individually designed massage clothing. I am so in for that! 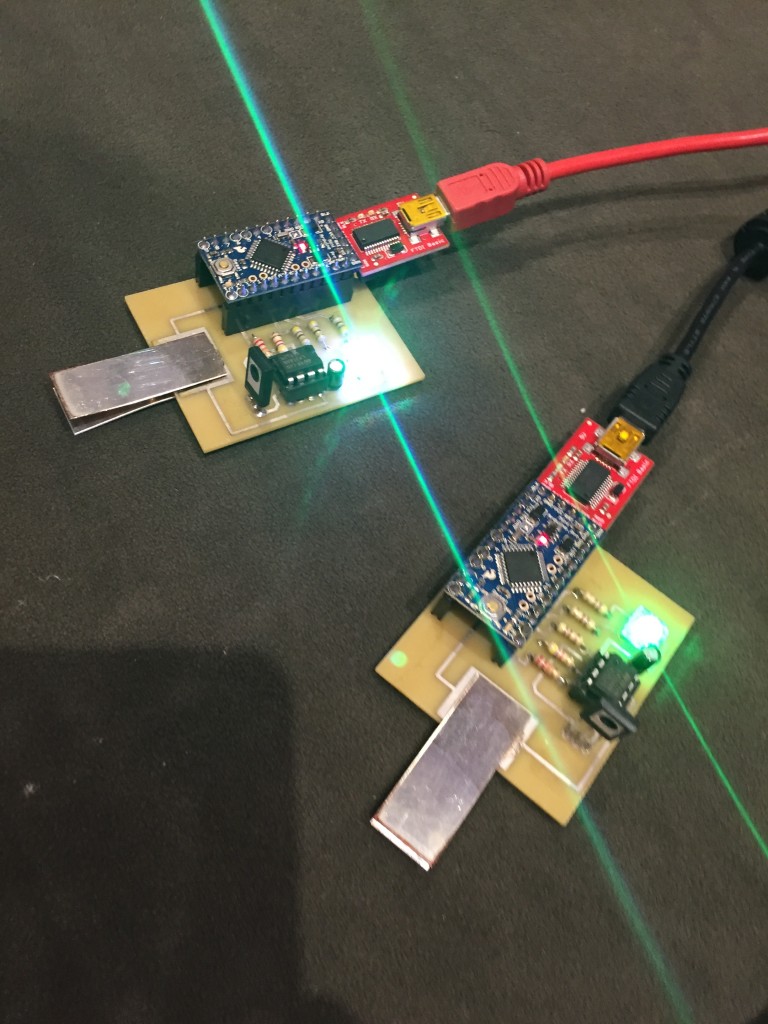 And lastly, but not necessarily most weirdly is a digital tasting device. Simply clip the silver metal section to the end of your tongue and it will deliver electrical currents that replicate certain tastes. Once again, the implications are impressive. Imagine creating flavors for innumerable new food and beverages without actually making the recipes thirty or forty times. Make one recipe of lasagna and then digitally manipulate the variables. Add a little more salt, less salt, more pepper, more oregano, more basil, more celery. Try out every possible minute flavour difference until you find the one that your target group of consumers loves the most. And once again, your target group could be anyone, anywhere in the world.

This technology fascinates me. Today, it is weird and wonderful and cutting edge. It doesn’t always seem relevant to the market research industry until you take the time to brainstorm the potential applications. Ten years from now, just like we do with mobile phones, we will chuckle at how old-fashioned and clunky it is.

For now, I’ll continue to be really impressed. How cool is this stuff!