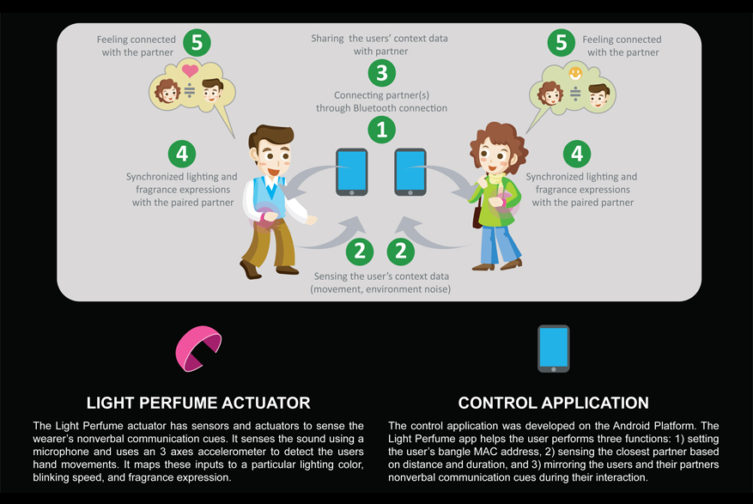 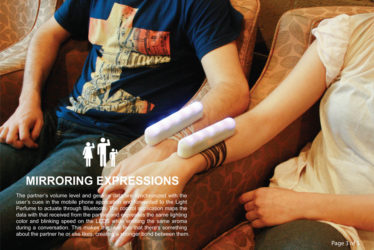 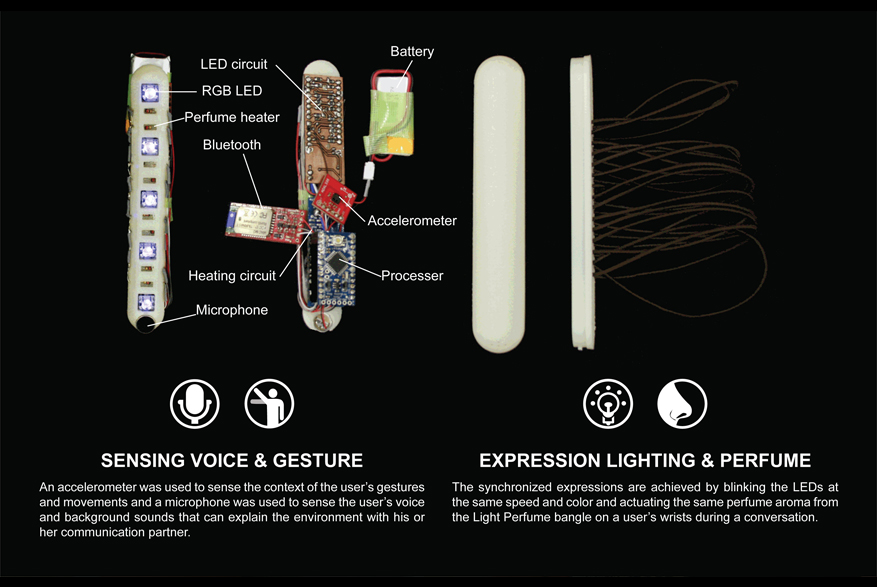 Mirroring is the behavior in which one person copies another person usually while in social interaction with them and is one of the most powerful ways to build rapport quickly. When meeting someone for the first time, mirroring their seating position, posture, body angle, gestures, expressions and tone of voice are some useful examples of doing this. Before long, your partner will start to feel that there’s something about you they like and they may even describe you as ‘easy to interact with’. This is because they see themselves reflected in you.

Lighting and scents have shown to have an important role in reinforcing special perception, activity and mood setting, emotion, judgments, and even social relationship. Light Perfume was designed to help people mirror each other using visual and olfactory outputs to strengthen a user’s psychological bond with the partner. We do this by synchronizing the speed and blinking color of LEDs and emit the same perfume scent from each person’s device during a face-to-face conversation. The outputs are chosen based on inputs from the user’s environment such as noise levels and expressive body gestures.

Light Perfume was designed in a bangle in order to directly stimulate a user’s eyes and unobtrusively stimulate a user’s nose from the wrist. It also is a perfect location for sensors that detect acceleration of the arms and sound from the surrounding area. The aroma is created by heating solid perfume and emitted by the movement of the wearer’s conscious and subconscious body gestures during a conversation.