Universities need to broaden the teaching of computer science due to the growing mismatch between graduate skills and business IT requirements.

With businesses struggling to fill job posts and thousands of computer science graduates out of work, universities could play a critical role in averting an IT skills crisis by ensuring the UK is self-sufficient in IT professionals. 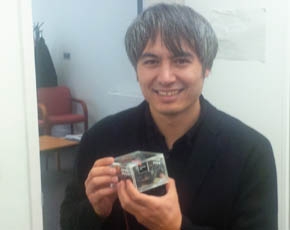 Such is the need for IT professionals with particular skills that the digital industry is calling for more overseas staff and startups want visa requirements relaxed to make it easier to bring in staff from overseas. London mayor Boris Johnson has also called for a special visa to help London businesses bring in the right IT skills.

Meanwhile, thousands of experienced and newly qualified IT professionals are unemployed, under-employed or working in jobs unrelated to their jobs.

So what needs to be done to square the circle?

“In the UK, just learning the basics of programming is not enough because it has become a commoditised industry. There are hundreds of thousands of graduates in India and China who are really good at programming, so a lot of these things can be outsourced,” he said.

“Graduates in the UK cannot just rely on the technical skills of programming. They have to become much more focused on the networking and business skills required to succeed,” said Cheok.

He said all jobs require human skills and computer scientists must use their people networks: “Every job, no matter what industry, is very much human focused – it is people who control entry to a job, control promotion, control opportunities; computers don’t hire people.

“So it is really critical for people to realise that one of the best ways to improve your career is to leverage your network. Your human network is critical, so when students are at university, it’s essential they build up a network and expand it.

“Almost all opportunities that come about are through people.”

Cheok said universities play an important role and need to change: “Universities must adapt to this too, with courses such as business and computing. Pure computer science is okay if you want to be a researcher or academic. Just knowing how to program in Java and C is no good because anyone can.”

Cheok is professor of pervasive computing at City University in London. He is researching multi-sensory human communication via mobile internet.