ARE 2012 1st Keynote Speaker Announced: Adrian David Cheok Inventor of “Krazy” Augmented Reality!
Posted on Mar 09 in ARE2012 by Ori

The line up of luminary speakers to keynote at ARE 2012, the world’s largest augmented reality event, will blow your mind.

The first revealed is Adrian David Cheok, Professor at Keio University, Graduate School of Media Design, in Tokyo Japan, as well as a Young Global Leader at World Economic Forum.

Dr. Cheok has been a hero of mine in pushing the envelop of augmented reality. He will join an amazing group of keynote speakers in previous years.

Adrian has been a champion of the idea that Augmented Reality is more than just about the visual sense, but has to include all the senses. Over the years, he’s been working hard to prove his idea and created many prototypes of augmented reality systems that involve the other senses.
To warm you up, check out his Hug Accentuator.

I can’t wait to see his Kissinger system in action.

(Hint: it’s not about the legendary statesman.)

Make sure to register for ARE 2012 before the early bird discount expires on March 21st.

Here’s an excerpt from Adrian’s illustrious career so far:

In addition, Mr. Cheok has been a keynote and invited speaker at numerous international conferences and events. He was invited to exhibit for two years in the Ars Electronica Museum of the Future, launching in the Ars Electronica Festival 2003. His works “Human Pacman”, “Magic Land”, and “Metazoa Ludens”, were each selected as one of the worlds top inventions by Wired and invited to be exhibited in Wired NextFest 2005 and 2007. More…

I called United today to cancel a booking, and make another booking using my miles. What normally would take 5 minutes or so, took nearly 2 hours! The reason was today was the actual day of the United and Continental merger.

Firstly my United mileage plus account was gone. The lady could then retrieve my new Continental One Pass mileage number, but then I realized almost all my miles were missing!

The lady asked if I can go to the web site to create a new pin while she held on the phone. To my amazement, the entire United Airlines and Continental Airlines web site around the world (USA and Japan site) is completely down! The lady told me then that there were so many problems it looks like the web site was completely shut down. Finally after about one and a half hours, the lady could make my booking. But then she couldn’t issue the ticket because my miles are missing. It was kind of a Catch-22 nightmare. Finally the lady (who was very nice, and apologized many times) made the booking and put it on hold for 3 days in the hope that my miles will somehow be found.

This experience showed to me that even the largest airline in the world, which has spent months and months and probably millions of dollars in planning, can completely crash due to complexity. We can learn from this that complexity of life is so multidimensional and nonlinear that it is effectively impossible to predict or control. If we decide to plan for even a small event, we can be caught up in “analysis paralysis” and spend all of our energy to control life. Instead, similarly to Zen philosophy, we should remove our expectations, and stop trying to control life. Instead let life flow, and let our minds and bodies flow with it. 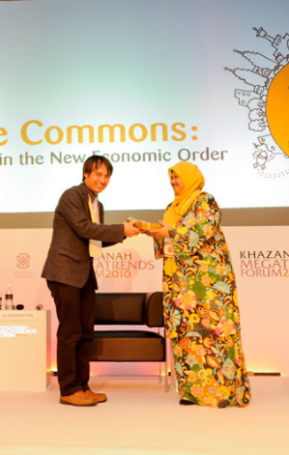 Synthetic Reality: The Science and Applications of Virtual, Mixed, and Augmented Reality

Synthetic Reality: The Science and Applications of Virtual, Mixed, and Augmented Reality

The Khazanah Megatrends Forum theme of “Reclaiming the Commons: Collaborating and Competing in the New Economic Order” reflects the interpretation of the times we live in today and aims to release a wealth of discussion on a variety of issues affecting the investment community.

Japanese: n. people who have perfected good manners and made them indistinguishable from rudeness. (Paul Theroux)

This weekend was the Workshop Collection at Keio University Hiyoshi campus. It is an amazing event where there are literally hundreds of workshops put on by groups, students, companies. The aim is to make creative workshops for kids. Each workshop lasts about half an hour. The event had an incredible attendance, thousands of kids and their parents.

One of my observations was that seemingly simple workshops which used no digital technology seemed to be the most popular. I judged popularity by the lines or people formed. For example one of the most popular workshops by far was a “furikake” workshop. Furikake ふりかけ is a dry Japanese condiment meant to be sprinkled on top of rice. At this workshop the kids chose their own recipe of dried vegetables and crushed them. It sounds so simple right? Well this workshop had huge lines of more than 3 hours. Somehow the kids enjoyed immensely to choose their own vegetables and make their own furikake recipe which they then could take home.

Another workshop was sponsored by Muji and it was to cut out pieces of cloth and then glue them onto a plain canvas bag. Muji made special labels that the kids could write their names on. The kids made wonderful and creative bag designs.

And another one at first seems so simple. It was called “A space of laundry pegs”. Basically the kids worked together to put pegs on clothes line racks to make colourful creations just from pegs.

All these workshops were so popular. And I am not saying the workshops with computers, or ipads, or robots weren’t also cool and creative. But the kids voted with their feet. I think they wanted to have authentic experiences. Even in the internet age and the internet generation it seems simple and analog is best.

In his article, Groupthink, the New Yorker’s Jonah Lehrer says there are two types of brainstorming — a free-for-all exchange of ideas in a structured environment, and a random, unplanned debate. Only the second type really works.

He says M.I.T.’s famous Building 20 — which is now replaced with the Stata Center, designed by Frank Gehry— became one of the most innovative spaces in the country because it fostered the best kind of brainstorming.

It seems that the kind of brainstorming that is often used in creative circles may not be effective. It would be good to carefully examine this, as often we take the brainstorming style as the best creative practice. What seems to really work is random unplanned debate in close physical spaces. I tried to create this in my lab in Singapore. The administration and management people were very much opposed to my efforts to make a cubicle free open space. They seemed to love walls and cubicles in Singapore. However the physical closeness seems to be critical for creative research. The building 20 at MIT which was an accident of the war effort seems to be one of the best examples.

A few years ago, Isaac Kohane, a researcher at Harvard Medical School, published a study that looked at scientific research conducted by groups in an attempt to determine the effect that physical proximity had on the quality of the research. He analyzed more than thirty-five thousand peer-reviewed papers, mapping the precise location of co-authors. Then he assessed the quality of the research by counting the number of subsequent citations. The task, Kohane says, took a “small army of undergraduates” eighteen months to complete. Once the data was amassed, the correlation became clear: when coauthors were closer together, their papers tended to be of significantly higher quality. The best research was consistently produced when scientists were working within ten metres of each other; the least cited papers tended to emerge from collaborators who were a kilometre or more apart. “If you want people to work together effectively, these findings reinforce the need to create architectures that support frequent, physical, spontaneous interactions,” Kohane says. “Even in the era of big science, when researchers spend so much time on the Internet, it’s still so important to create intimate spaces.

The more I work with the internet, and the more I do research in interactive media, the more I have realized, and seen studies, which show that interaction through internet has some basic limitation. It seems that even in today’s highly connected internet society, physical presence is critical. This study shows that for academic collaboration the best research occurs when the authors are highly physically present in the range of metres. It is my hypothesis (and this needs further academic research) that this is partly because we communicate through all of our senses (including touch, taste, and smell) and through non-logical emotions. These still cannot be communicated effectively through the internet.

Jones’s explanation is that scientific advances have led to a situation where all the remaining problems are incredibly hard. Researchers are forced to become increasingly specialized, because there’s only so much information one mind can handle. And they have to collaborate, because the most interesting mysteries lie at the intersections of disciplines. “A hundred years ago, the Wright brothers could build an airplane all by themselves,” Jones says. “Now Boeing needs hundreds of engineers just to design and produce the engines.” The larger lesson is that the increasing complexity of human knowledge, coupled with the escalating difficulty of those remaining questions, means that people must either work together or fail alone. But if brainstorming is useless, the question still remains: What’s the best template for group creativity?

This very interesting article in the New Yorker succinctly summarizes why interdisciplinary fields are the most interesting in today’s society. This is because we have effectively solved most human and technology problems that are important in the industrial age of the 20th century. In the 21st century the remaining problems are very challenging, and are at the boundaries of disciplines. This is why areas such as media design are much more interesting that traditional disciplines. When I used to read some of the research output or attend some faculty talks in my Electrical and Computer Engineering department, I found most of it mind-numbingly boring. The kind of academic papers and research topics that were so incremental and of almost no interest or impact to general society. Now I find I am constantly challenged and amazed and presented with new ideas by both faculty and students who come from diverse areas such as design, business, management – and technology as myself. I still find hard core geeky hacking interesting for myself, but now I know the problems in society that all of society talks about are the most interesting and most important.

I have been teaching a class on multi-sensory communication, with a focus on how smell and taste can be used for a new generation of communication media. Smell and taste are senses which are highly affected and cross related with the other senses such as vision and sound. This work, made in Japan, which I showed in the class changes the appearance and smell of a plain cookie, and the person can experience a different flavor.