Everything in Life can be learnt from Star Wars

Administrators: n. pl. those who often forget they called to serve and improve the efficiency of the workers by taking the burden of their paperwork, as opposed to generating more of it. 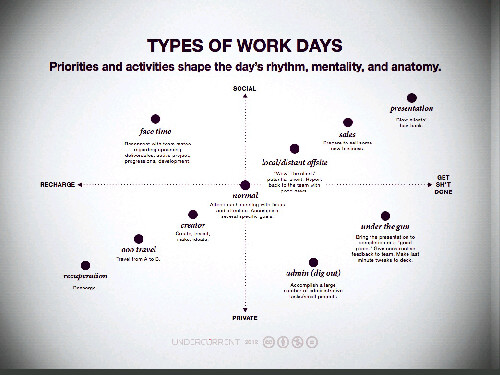 I often find time management techniques not so relevant for my academic life. I suspected that time management techniques written for standard professionals might be different than for those who have creative or academic work lives. This article describes work patterns and categorises them in four quadrants – social, private, recharge, and get “sh-t” done. If one replaces “sales” with “grant” then I think it describes well academic work.

Tonight I attended a function about “ARK NOVA” which is a project by Mr. Michael Haefiger the Director of the famous Lucerne Festival.

I often wonder how or why I am invited to such events because I feel a little out of place when the others are members of parliament and presidents or board members of huge companies. After all professors are pretty low down on the socio-economic ladder.

As usual I did not have time to check my email (and no assistants or secretaries either) so I didn’t know the time had been changed to 1830 instead of 1800. I was early but actually it was a good chance to talk one on one with Michael Haefiger and the Swiss Ambassador. Mr. Haefiger was one of the first WEF Young Global Leaders.

The Ambassador asked me quite a few questions about what is media design. I tried to explain as well as I could. I find the easiest way to explain these days is to refer to Apple and iPad and give these as examples of merging design and technology.

Next I talked to a politician who I first met a couple of years ago at a Davos meeting. I asked him questions about what are the most important issues LDP should solve if they got into power and he said there were too many. I asked what he thinks about the declining population in Japan and he said it is a very tough question.

We had the presentation by Mr Haefiger next and he showed a video and explained about the ARK NOVA project. The idea is to build an inflatable concert hall which can be set up and moved around Tohoku region. The design is quite spectacular and red.

Next we went to dinner. I was surprised there was only 10 people. I was expecting some stand up function with a lot of people but it was going to be a small sit down dinner.

At the dinner at first the Ambassador asked us to discuss with Mr Haefiger about his project which we did so. I had the feeling that some of the audience felt a concert hall isn’t going to be so helpful at this stage for Tohoku region. They have a point but I could also see the point of Mr Haefiger that art is an intangible value and can have some benefits for the local people.

The most illuminating and exciting part of the function for me was to have a long discussion with the President of Hitachi Americas and a Board Member of Mitsubishi Corporation. I really appreciate their views because they are the ones who really move and shape the economy in Tohoku and all of Japan for that matter. Mitsubishi literally poured millions of dollars into the Tohoku reconstruction and even sent their employees to clean up debris on company time. Hitachi has its roots in Tohoku region and deliberately started up factories to hire local people.

I then had a very long an exciting talk with the President of Hitachi Americas. We talked about how Japan will survive in the post China world. He said quality and new products. Japan must sell it’s quality, including products and services. He gave a good example. When he dry cleans his shirt in Japan it is so well cleaned and folded. He can’t find such service anywhere in the world and at such a cheap price. I also said how a simple thing like going to Macdonalds can be such a great experience in Japan. In USA the birthplace of Macdonalds it can be a rude and bad experience. How do we sell such Japan service around the world. He said to me it is my job to find an answer. Yes, I realized that is what media design should be about. How to sell services and experiences. But he said to me China will soon become sophisticated and also make quality products, he said just look at the porcelain and ceramics in Japan. They came from China. I asked what will Japan do then, and he said find different and new quality products to make.

I asked what advice he had for the young people at Keio and in Japan. He said that as quickly as possible they should learn to understand other people and other people’s views. He said the key skill to learn is reciprocity.

Another interesting meeting was with the Executive Advisor of ANA who is also running the new LCC Peach Airlines. I found out the deal for this new airline was made over a dinner at Davos with a Hong Kong investor. That is really a power dinner.

I left the dinner very enlightened. We can learn so much from these titans of industry. Now on my mind is how media can be used to sell high quality Japanese service around the world.

Test_Lab: Smell This! Witness the decomposition of Chanel No. 5, sniff out a partner, taste with your nostrils, and more treats for the nose.

This lab by Maki Ueda sounds very interesting. Try to join if you are in Rotterdam or on line with the streaming. Maki Ueda taught a guest lecture in my class at Keio University and I have a strong appreciation of her work and philosophy. I agree with her that smell is a vital human communication.

More on the event: “Would you rather give up your sense of smell or your smartphone? A recent worldwide study conducted among youths aged 16 – 22 found that more than half of them would chose technology over their own sense of smell. What good is a nose anyway when all your friends, entertainment and sources of information are online? This edition of Test_Lab will reveal that your sense of smell might actually be the best reason to stay connected to the physical world. While the communication industry is fixated on visual and aural communication, it is the work of pioneering olfactory artists that points out the significance and potential of communication through smell.

In this edition of V2_’s Test_Lab, Maki Ueda performs a live experiment in decomposing the legendary fragrance Chanel No. 5, Susana Soares shows you how to sniff out a partner, and one of the world’s greatest scent experts, Sissel Tolaas, lets you taste with your nostrils. Art-historian Caro Verbeek kicks off the evening with a talk on smelly art, accompanied by a genuine AJ (Aroma Jockey).

Smell all of this at Test_Lab!

This event will be streamed live on

Here is a collection of videos from the Mixed Reality Lab.

One of our KMD students, Kensuke Fujishiro, worked on this project. It is a beautiful work which I think is a wonderful analogy of the importance of physicality and being analog even in our modern computer world. It combines the light inside a physical ball with a track and all connected and controlled wirelessly by a computer. Somehow the physicality and analog nature is so much more beautiful than seeing a particle cloud on a computer screen.

Another wonderful and weird work from Japanese media artist Daito Manabe. By using electrodes one can moves one’s face and control another person’s face. I really like the use of haptics for affective communication. This is a comment on how we can often wish we can influence other people’s mood and therefore bodies directly.

vThis work was done by one of our Keio Media Design students when he was on an internship. It is a very cool example of food media. It is done for Glico a sweets maker in Japan. The system captures the face and then prints it in chocolate on a cookie. It is a great example of edible interface and food communication.

What’s an Ignite talk? Five minutes on stage to talk about an idea, an interest or a passion. You get 20 slides that rotate automatically after 15 seconds. It’s fun, it’s fast, and the format forces you to really think about what you want to say.