Check out PCBWeb – a very useful and free CAD application for designing and manufacturing electronics hardware. 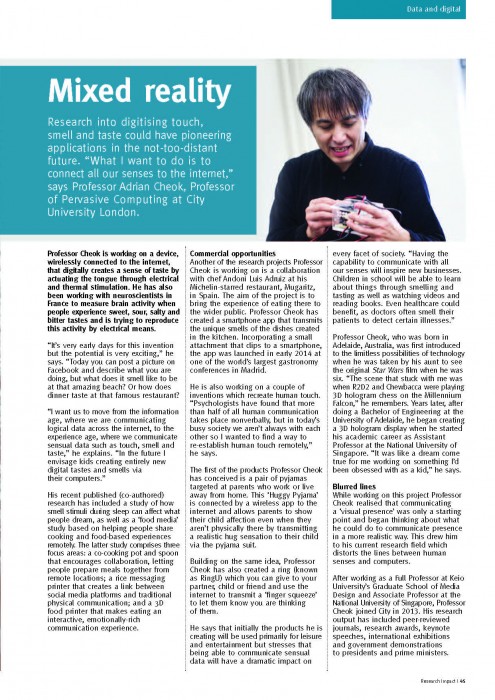 Find out how the food you eat affects your body, brain and eating-habits. See our electric taste interface exhibited in the Cravings exhibition at London’s Science Museum! Free Entry. 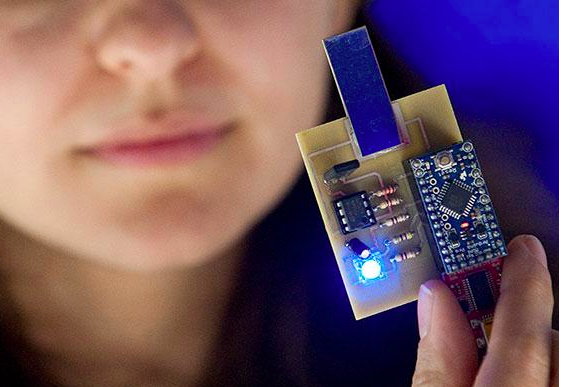 What drives your desires for the foods you love? Is it the colour of your spoon, the food your mum ate while pregnant, the trillions of bacteria that dine with you, or the little known ‘second brain’ in your gut?

From the flavours you learned to love in the womb, to the very next bite you take, your appetite has been shaped by food. Through personal stories, fascinating objects and cutting-edge science and technology, explore how food affects your body, brain and eating habits.

Visit Cravings in our Antenna gallery to: 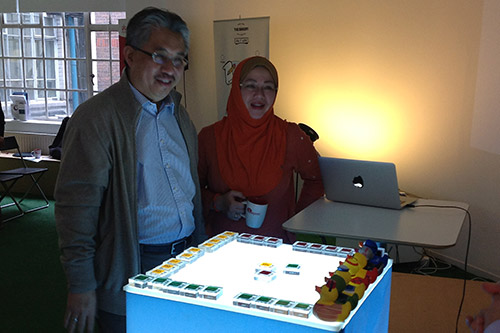 A delegation from the Government of Malaysia’s strategic investment fund, the Khazanah National Berhad, visited the Hangout on January 30th.

Located at the epicentre of London’s Tech City, the Hangout provides a unique working environment and incubation space for City University London academics, students and start-ups to foster relationships with investors in the area in order to get their businesses off the ground.

Khazanah Nasional Berhad promotes economic growth and makes strategic investments on behalf of the Government of Malaysia and is keenly interested in partnering with technology companies and products originating at City. With an investment portfolio comprising over 50 major companies in Malaysia and abroad worth £30bn, Khazanah is involved in a broad spectrum of industries.

Led by managing director Tan Sri Dato’ Azman bin Hj Mokhtar, the Malaysian delegation listened attentively to a variety of presentations and investment opportunities. The Khazanah managing director was impressed with the “high level of creativity” being nurtured at City.

These included a presentation on taste and smell actuation via mobile phone from Professor of Pervasive Computing, Professor Adrian Cheok and PhD students from his Mixed Reality Lab; BarPassOfficial (for payment and collection of drink orders via smartphone); Mashmachines (a new media player bringing together sound, lighting, and video into a single user interface); Popcord (an innovative lightweight mobile phone charger); TechCityNews (London’s leading tech sector news and analysis resource); Modafirma (a social commerce platform allowing emerging and independent fashion designers to reach and sell directly to a global audience); and AtomicDataLabs (a software and data management company building applications in large datasets). 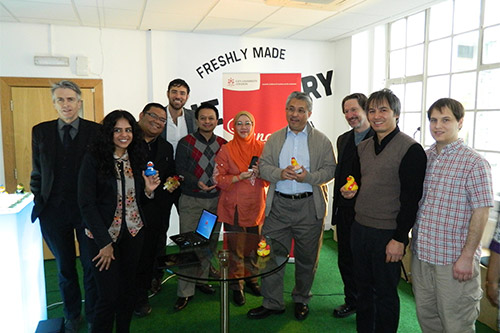 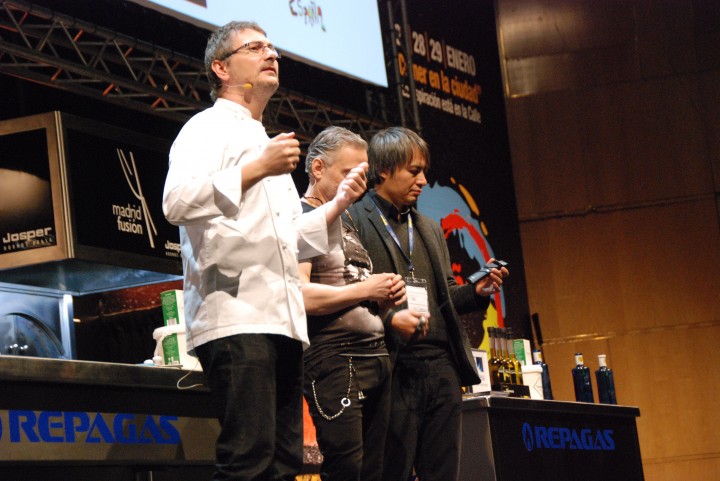 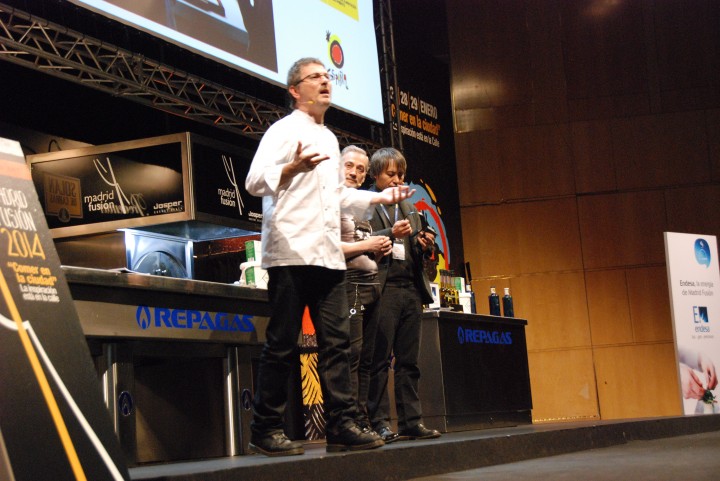 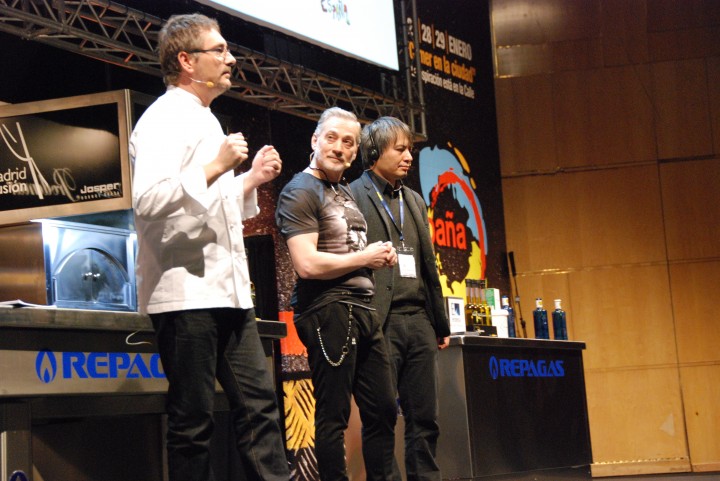 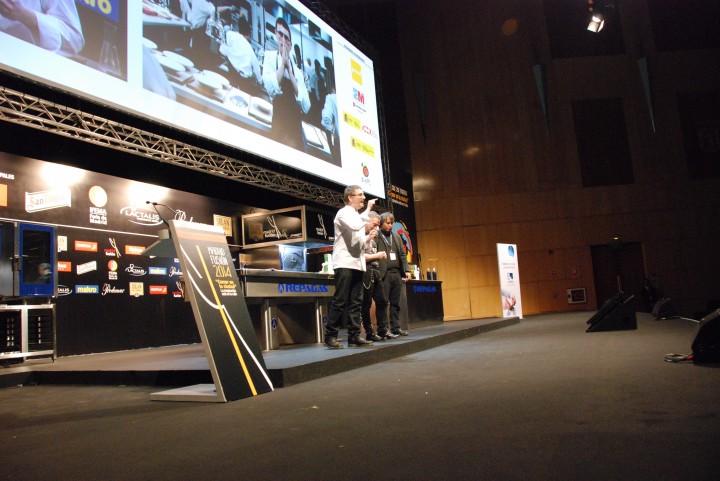 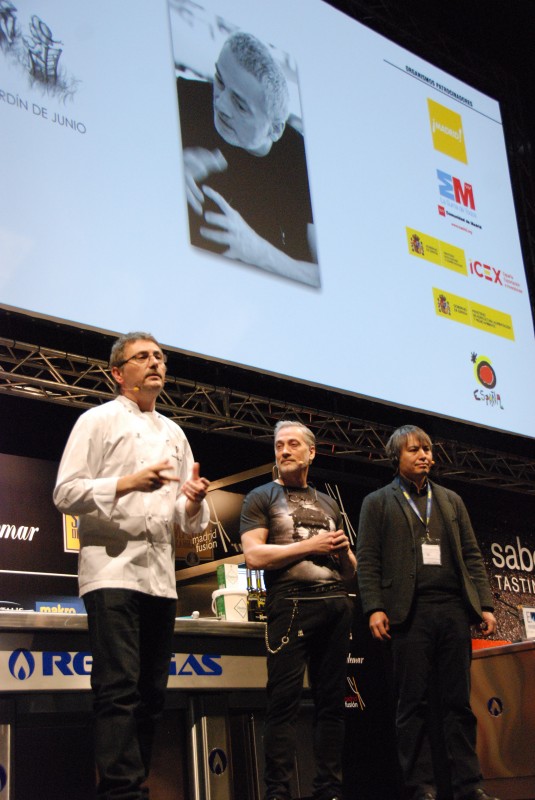 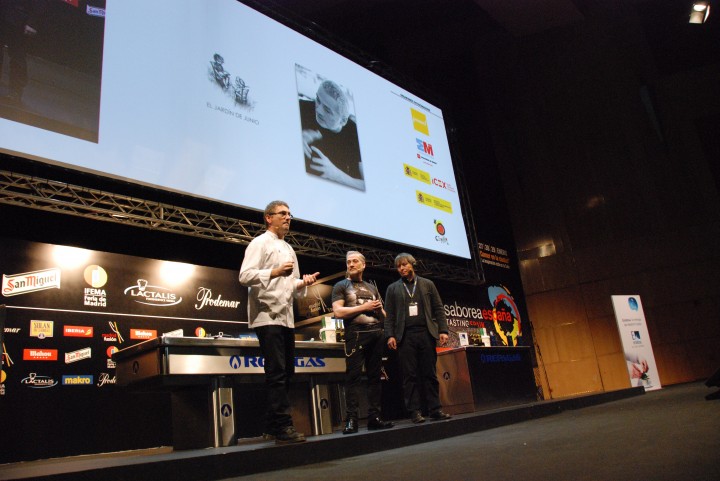 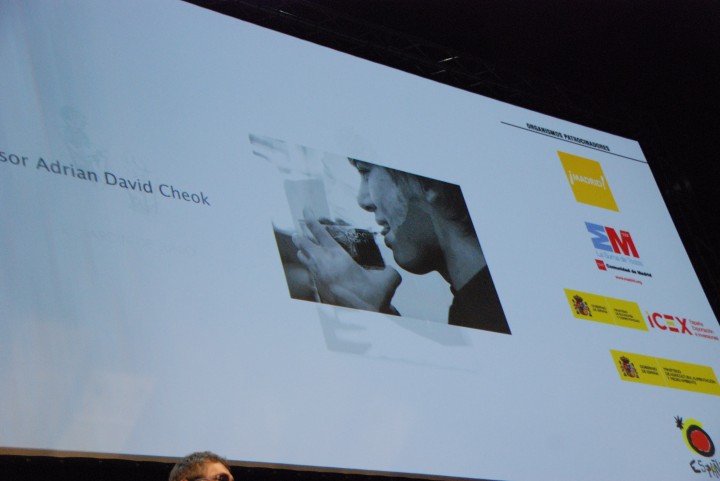 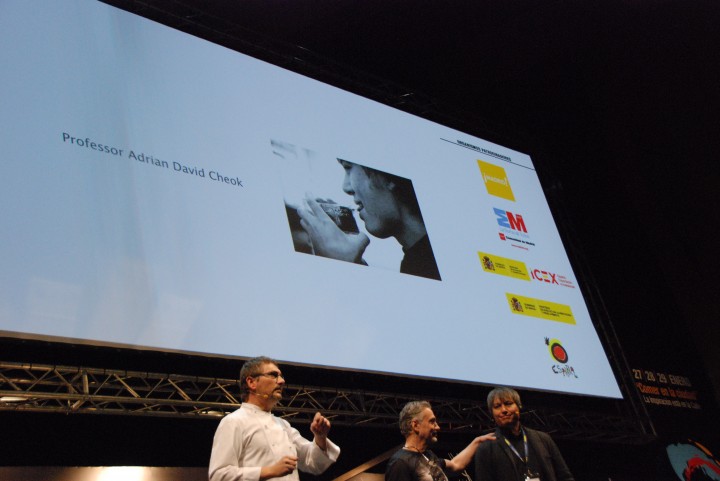 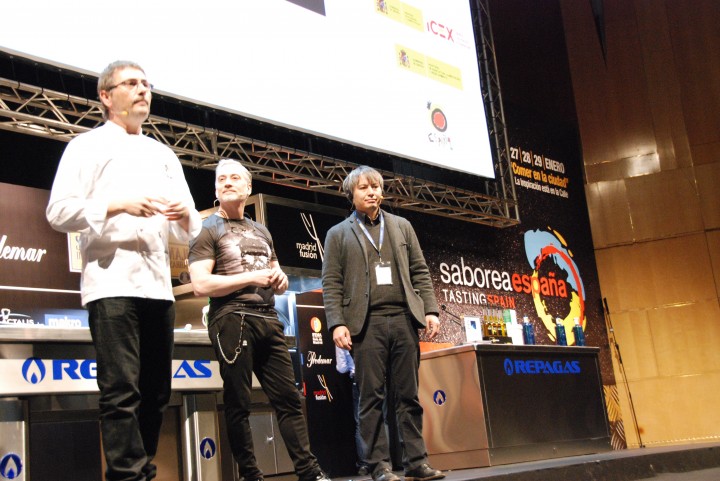 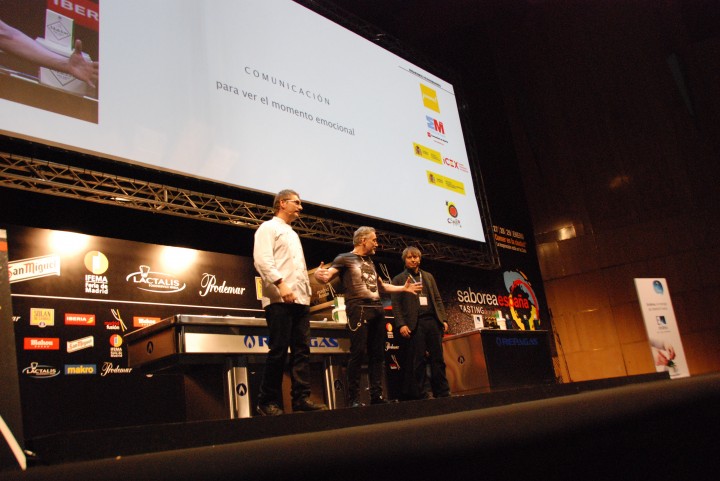 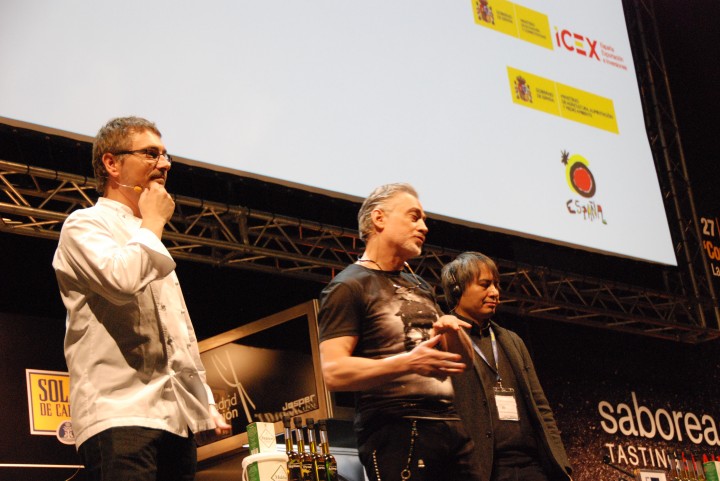 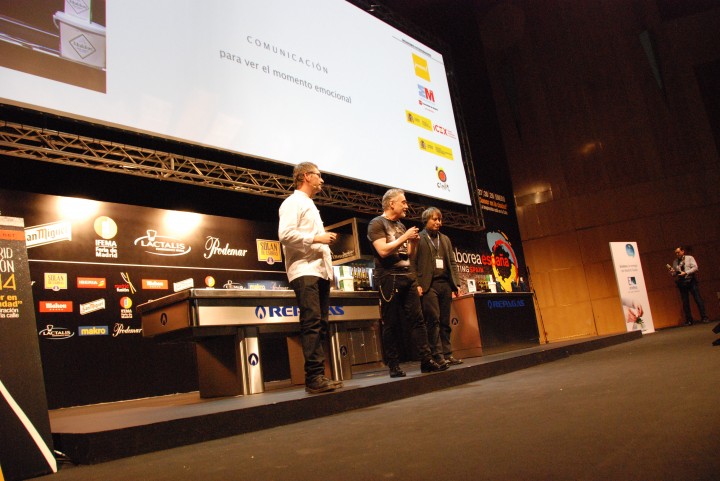 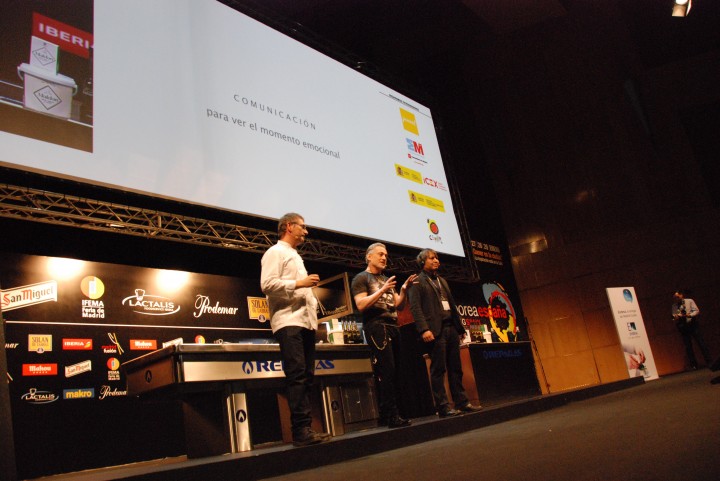 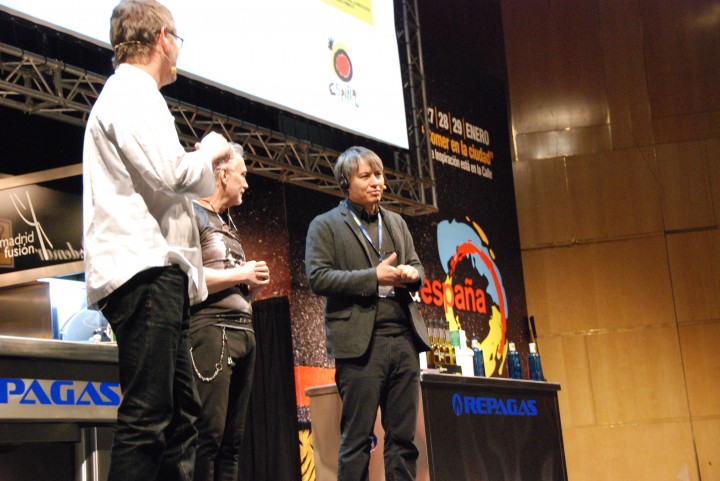 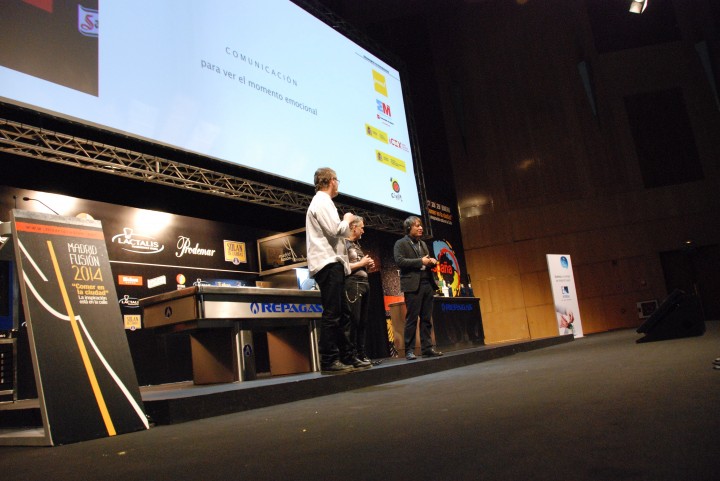 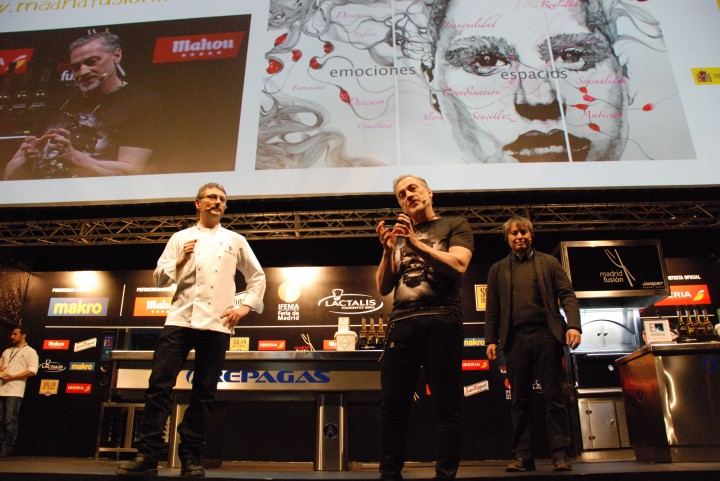 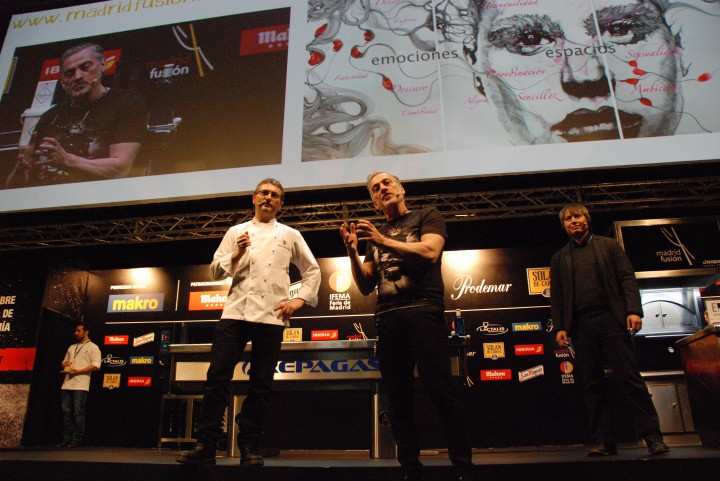 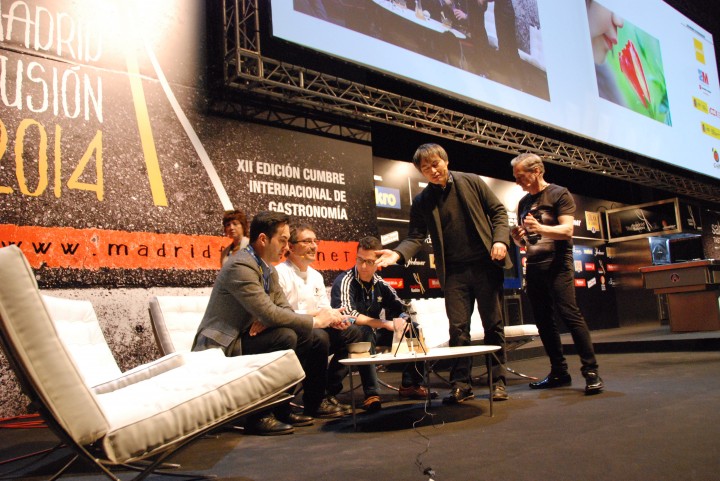 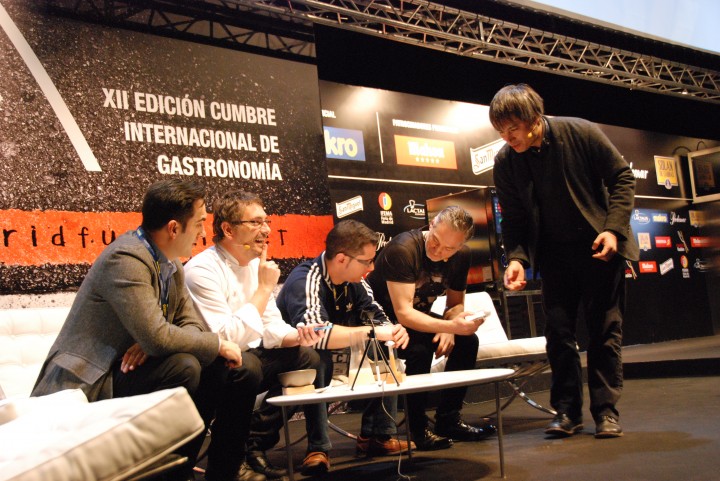 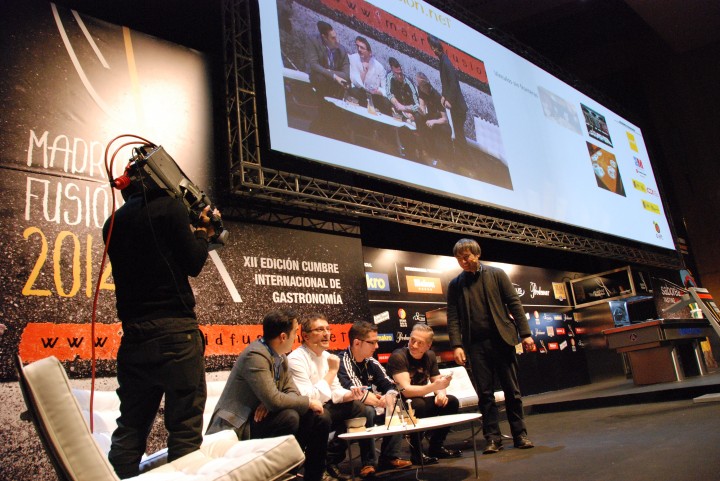 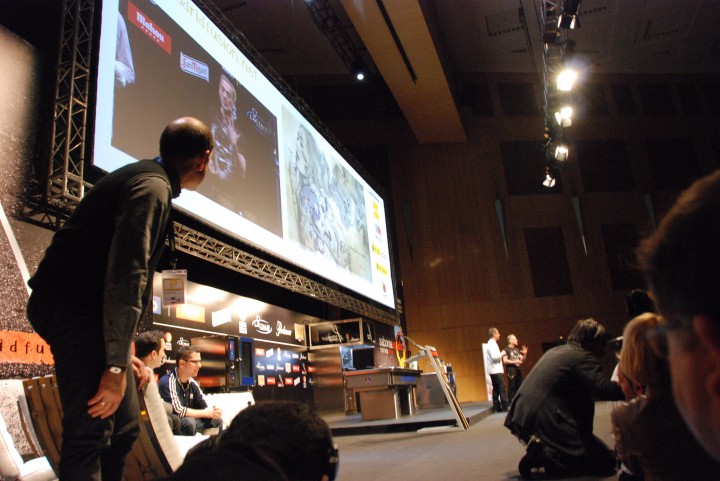 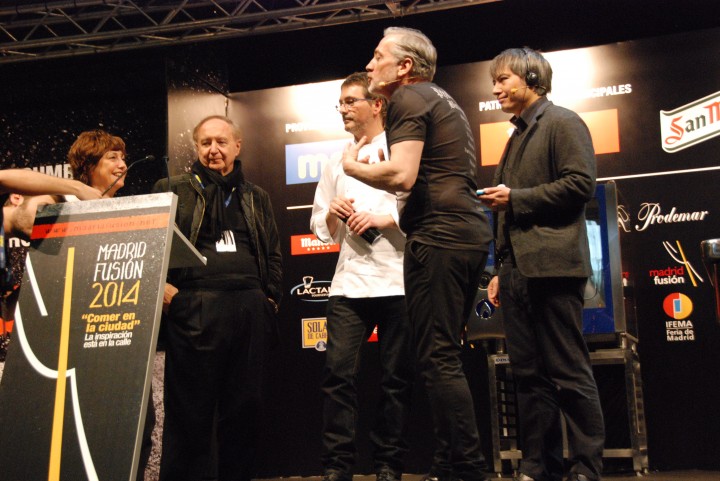 A team made led by City University London’s Mixed Reality Lab and other university academics are finalists in the HackingBullipedia Global Challenge, aimed at discovering the most inventive design and technology to support the world’s largest repository of gastronomic knowledge.

A combined team comprising academics from City University London’s Mixed Reality Lab, University of Aix-Marseille (France) and Sogang University (South Korea) has made the final of this year’s HackingBullipedia Global Challenge aimed at discovering the most inventive design and technology to support the world’s largest repository of gastronomic knowledge.

Led by Professor Adrian Cheok, Professor of Pervasive Computing in the School of Informatics, their competition entry is titled “Digital Olfaction and Gustation: A Novel Input and Output Method for Bullipedia”.

The team proposes novel methods of digital olfaction and gustation as input and output for internet interaction, specifically for creating and experiencing the digital representation of food, cooking and recipes on the Bullipedia. Other team members include Jordan Tewell, Olivier Oullier and Yongsoon Choi.

No stranger to digital olfaction applications in the culinary space, Professor Cheok recently gave a Digital Taste and Smell presentation to the third top chef in the world, Chef Andoni Luiz Aduriz, at Mugaritz restaurant in San Sebastian, Spain.

The jury, comprising some of the best culinary and digital technology experts in the world arrived at a shortlist of four teams after carefully sifting through 30 proposals from three continents drawn from a mix of independent and university teams.

The other teams in the final are from Uni­ver­si­tat Pom­peu Fabra (Barcelona); the Tech­ni­cal Uni­ver­sity of Cat­alo­nia; and an independent (non university) team from Madrid.

On the 27th of November, two representatives from each of the four finalist teams will pitch their proposal and give a demonstration to the competition’s judges after which the winner will be decided.

Professor Cheok is very pleased that City will be in the final of the competition final:

“I am quite delighted that we were able to make the final of this very challenging and prestigious competition. There were entries from various parts of the world covering a broad spectrum of expertise including a multidisciplinary field of scientists, chefs, designers, culinary professionals, data visualisation experts and artists. We are confident that our team has prepared an equally challenging and creative proposal which will be a game-changer in the gastronomic arena.”

AISB is the pre-eminent society in the UK for Artificial Intelligence and Simulation of Behaviour (www.aisb.org.uk). In 2014 AISB celebrates its 50th anniversary.

The AISB 50 Annual Convention 2014 will be held at Goldsmiths, University of London, from April 1st – 4th.

This is a Call for Papers for a one day symposium, “Love and Sex with Robots”, which will take place during AISB 50. The exact date within the April 1st-4th timeframe will be announced shortly.

Within the fields of Human-Computer Interaction and Human-Robot Interaction, the past few years have witnessed a strong upsurge of interest in the more personal aspects of human relationships with these artificial partners. This upsurge has not only been apparent amongst the general public, as evidenced by an increase in coverage in the print media, TV documentaries and feature films, but also within the academic community.

The symposium welcomes submissions on the following topics, inter alia:

Submissions must be extended abstracts of approximately 400-500 words, and should be sent via email to both:

For the final submission of accepted papers text editor templates from previous conventions can be found at:

Each extended abstract will receive at least two reviews.

We request that for those papers that are accepted on the basis of their extended abstracts, the final submitted papers be limited to 8 pages. Selected papers will be published in the general proceedings of the AISB Convention, with the proviso that at least one author attends the symposium in order to present the paper and participate in general symposium activities.

i. 21st January 2014 – Deadline for submission of extended abstracts.

Please note that there will be separate proceedings for each symposium, produced before the convention. Each delegate will receive a memory stick containing the proceedings of all the symposia. In previous years there have been awards for the best student paper, and limited student bursaries. These details will be circulated as and when they become available. Authors of a selection of the best papers will be invited to submit an extended version of the work to a journal special issue.

Adrian David Cheok was interviewed for an article in Sydney Morning Herald, one of Australia’s leading newspapers. Read article on http://www.smh.com.au/technology/sci-tech/robots-starting-to-feel-the-love-20130918-2tzey.html#ixzz2gUbt0Itz and an extract is given below.

Researchers believe we will become emotionally attached to robots, even falling in love with them. People already love inanimate objects like cars and smartphones. Is it too far a step to think they will fall deeper for something that interacts back?
“Fantastic!” says Adrian Cheok, of Japan’s Keoi University’s mixed reality lab, when told of the Paro study. Professor Cheok, from Adelaide, is at the forefront of the emerging academic field of Lovotics, or love and robotics.
Cheok believes the increasing complexity of robots means they will have to understand emotion. With social robots that may be with you 24 hours a day, he says it is “very natural” people will want to feel affection for the machine. A care-giver robot will need to understand emotion to do its job, and he says it would be a simple step for the robot to express emotion. “Within a matter of years we’re going to have robots which will effectively be able to detect emotion and display it, and also learn from their environment,” he says.
The rather spooky breakthrough came when artificial intelligence researchers realised they did not need to create artificial life. All they needed to do was mimic life, which makes mirror neurons – the basis of empathy – fire in the brain. “If you have a robot cat or robot human and it looks happy or sad, mirror neurons will be triggered at the subconscious level, and at that level we don’t know if the object is alive or not, we can still feel empathy,” Cheok says. “We can’t really tell the difference if the robot is really feeling the emotion or not and ultimately it doesn’t matter. Even for humans we don’t know whether a person’s happy or sad.” He argues if a robot emulates life, for all intents and purposes it is alive.
Psychologist Amanda Gordon, an adjunct associate professor at the University of Canberra, is sceptical. “It’s not emotional, it’s evoking the emotion in the receiver,” she says. ”That seal isn’t feeling anything. It’s not happy or sad or pleased to see you.”
She says the risk is that people fall for computer programs instead of a real relationship. “Then you’re limiting yourself. You’re not really interacting with another. Real-life relationships are growth-ful, you develop in response to them. They challenge you to do things differently.”
Cheok’s research shows 60 per cent of people could love a robot. “I think people fundamentally have a desire, a need to be loved, or at least cared for,” he says. “I think it’s so strong that we can probably suspend belief to have a loving relationship with a robot.”
Probably the most advanced android in the world is the Geminoid robot clone of its creator Hiroshi Ishiguro, director of the Intelligent Robotics lab at Osaka University. Professor Ishiguro says our bodies are always moving, so he programmed that realistic motion into his creation along with natural facial expressions.
The one thing it does not do is age, which means 49-year-old Ishiguro is constantly confronted with his 41-year-old face. “I’m getting old and the android doesn’t,” he says. ”People are always watching the android and that means the android has my identity.” So he has had plastic surgery – at $10,000, he says it is cheaper than $30,000 to build a new head.
Robots can help kids with autism who do not relate to humans. Ishiguro is working with the Danish government to see how his Telenoid robots can aid the elderly.
Moyle says she has had inquiries from throughout Australia about Paro. A New Zealand study showed dementia victims interacted with a Paro more than a living dog.
“There are a lot of possible negative things [that artificial intelligence and robots could lead to],” Cheok says, “and we should be wary as we move along. We have to make sure we try to adjust. But in general I think the virtual love for the characters in your phone or screen or soon robots is ultimately increasing human happiness, and that’s a good thing for humanity.”